The research on different topics related to beauty was conducted by a cosmetic surgeon in the UK named Dr. Julian De Silva. He is M.B.B.S, M.D, and a world-famous cosmetic surgeon who has worked with many celebrities. His expertise and skills are well known by people around the world. 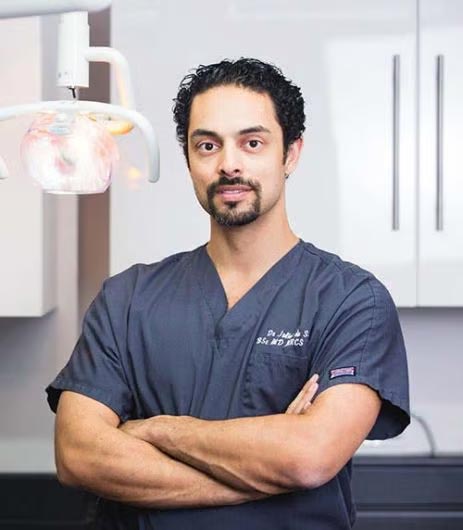 “He is one of a handful of elite surgeons to be recognized with British, European, and American qualifications, memberships, and board certification.”

Among many exceptional researches Dr. Julian has done during his career, one is about the most beautiful men in the world.

The list finalized by Dr. Julian is based on an ancient calculation method proposed by Greeks- the Golden Ratio. This ratio is calculated by taking care of several factors. It takes a lot of effort and work to calculate this ratio, says Dr. Julian.

“The Golden Ratio was a mathematical equation devised by the Greeks in an attempt to measure beauty.”

Below is the list of ten most beautiful men based on the golden ratio rating calculated by keeping many factors in mind. 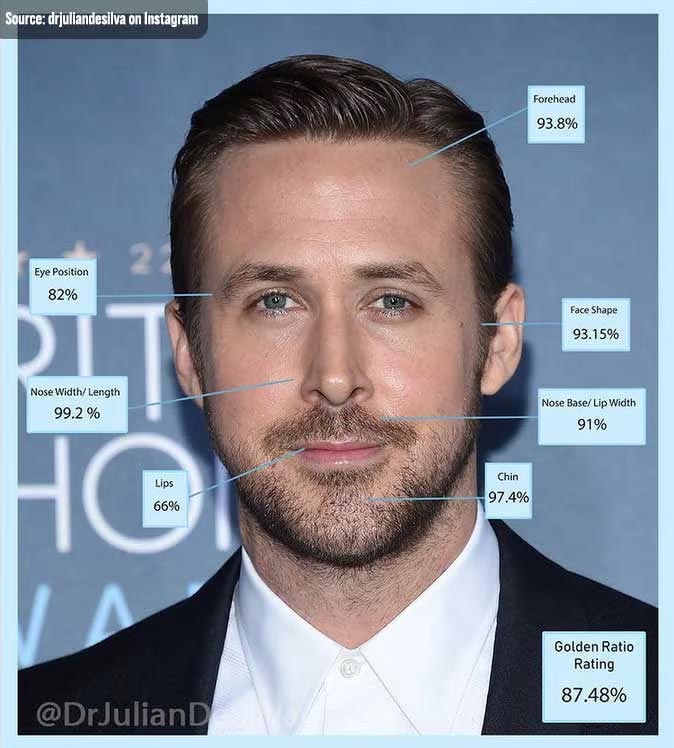 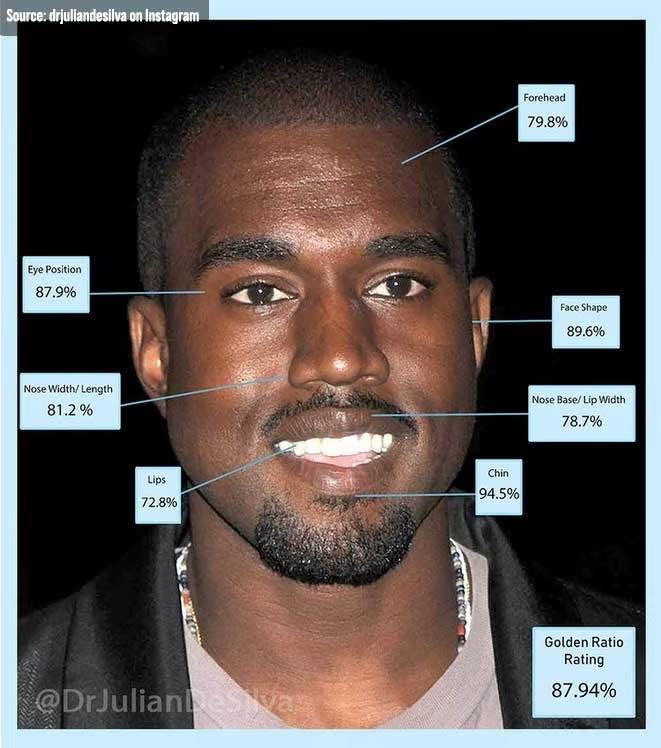 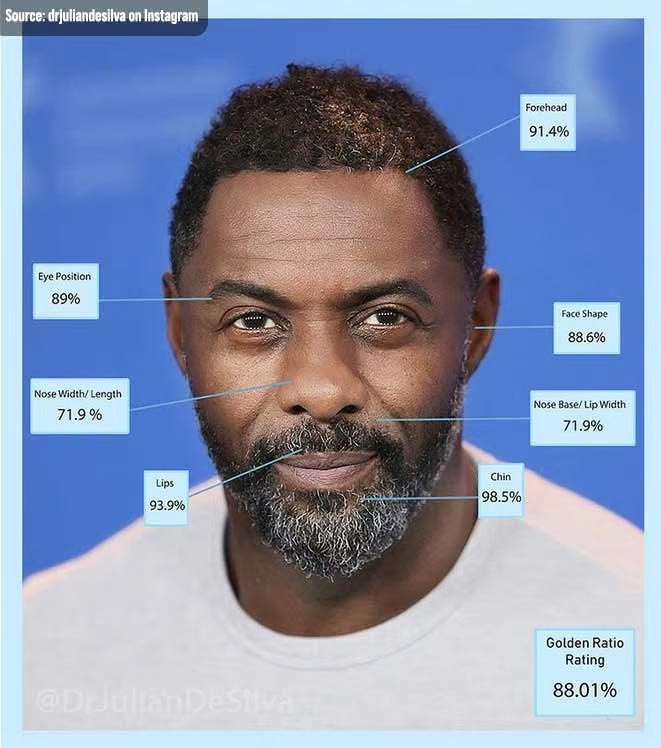 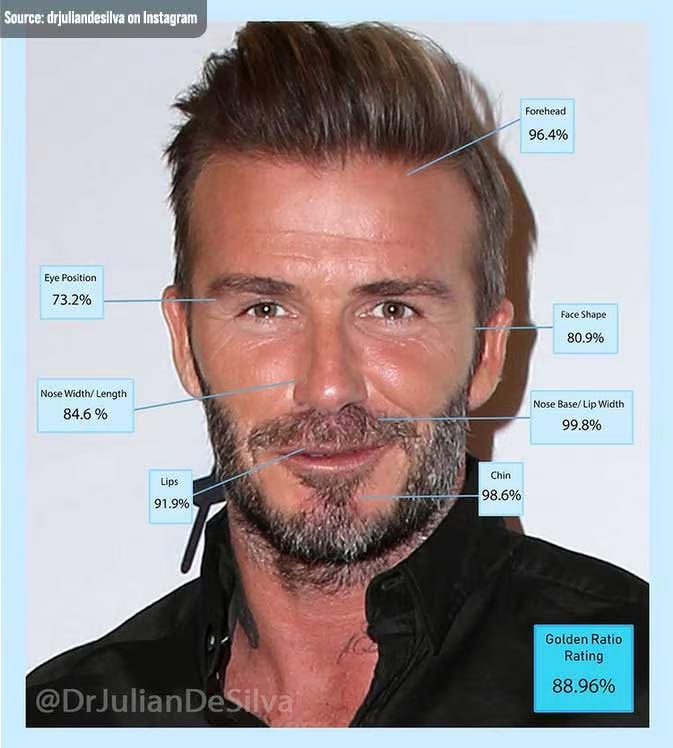 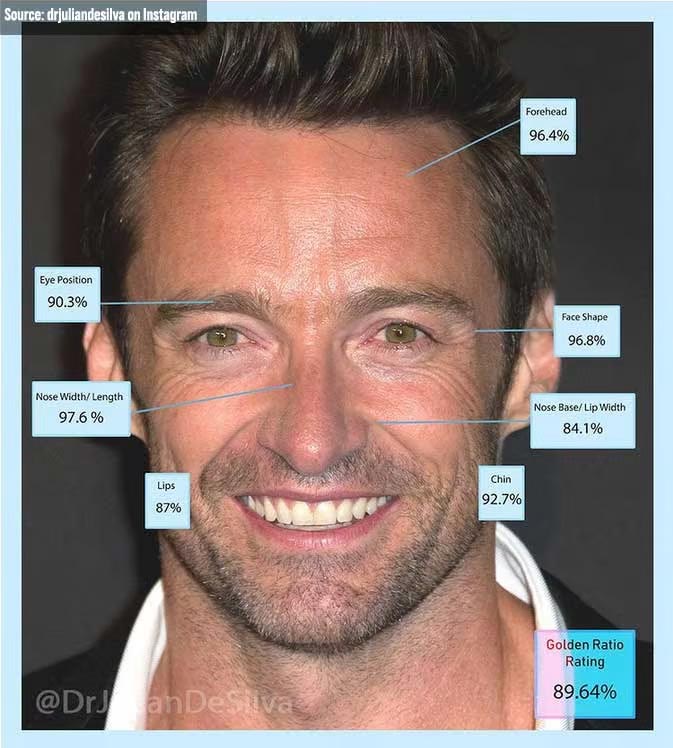 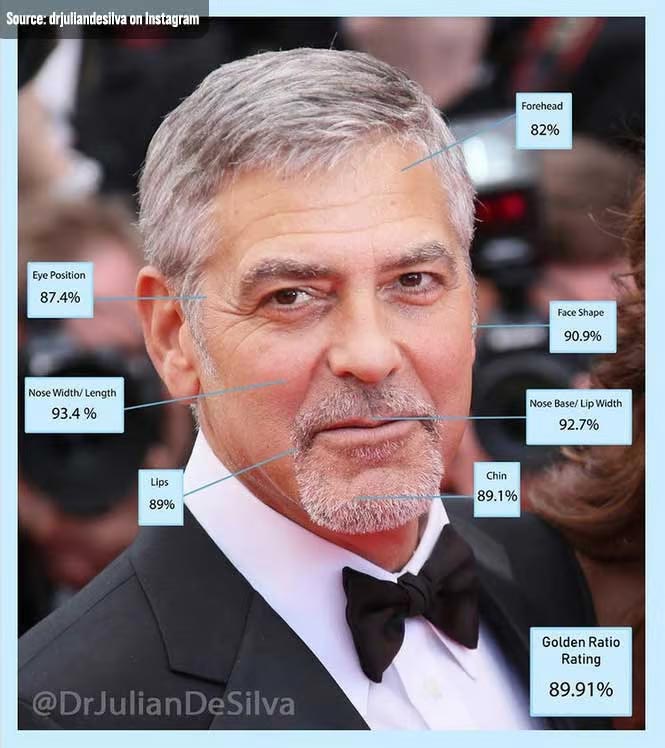 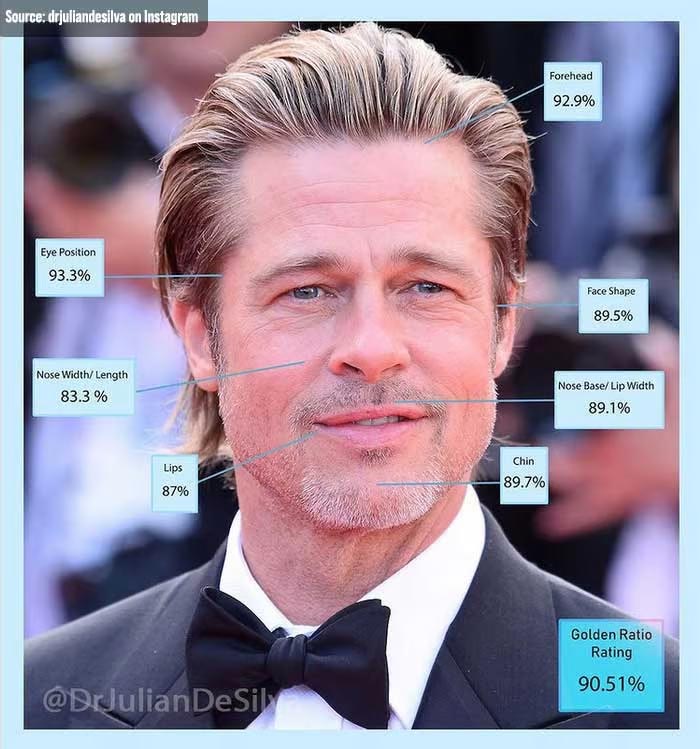 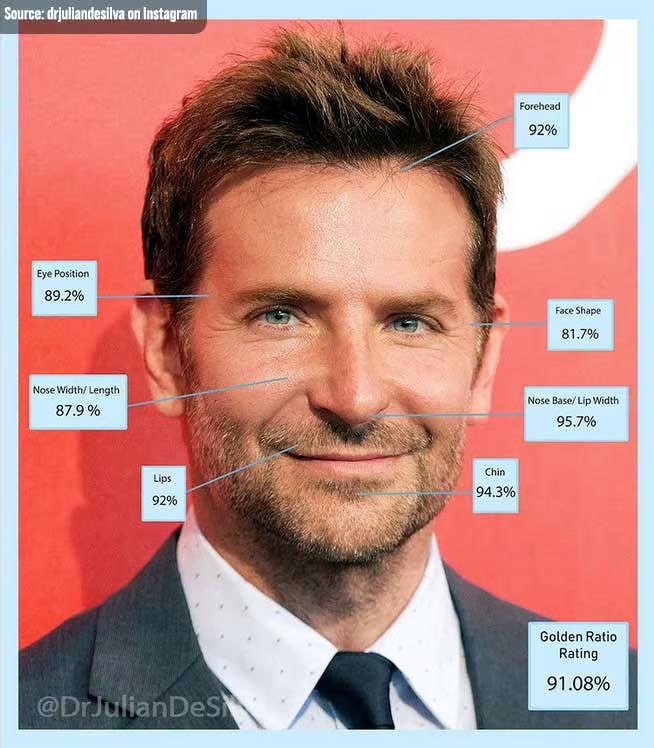 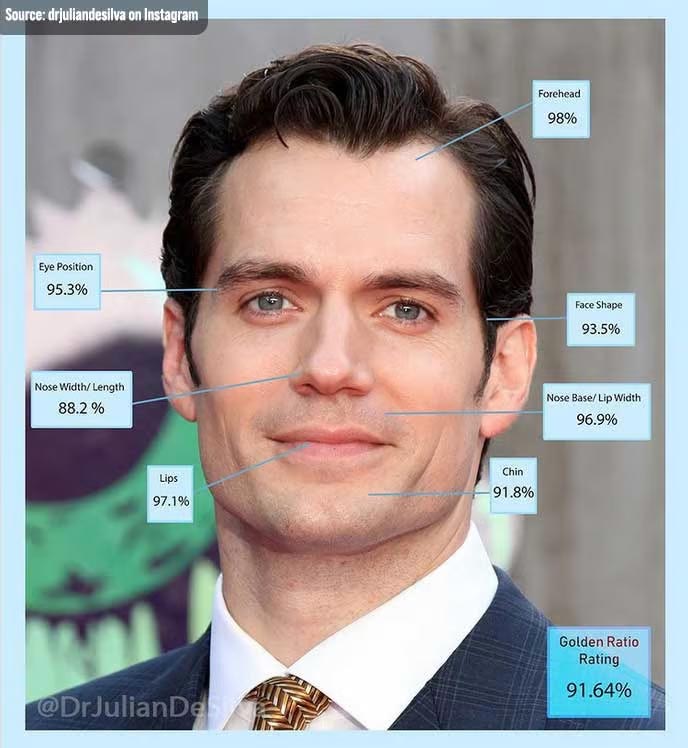 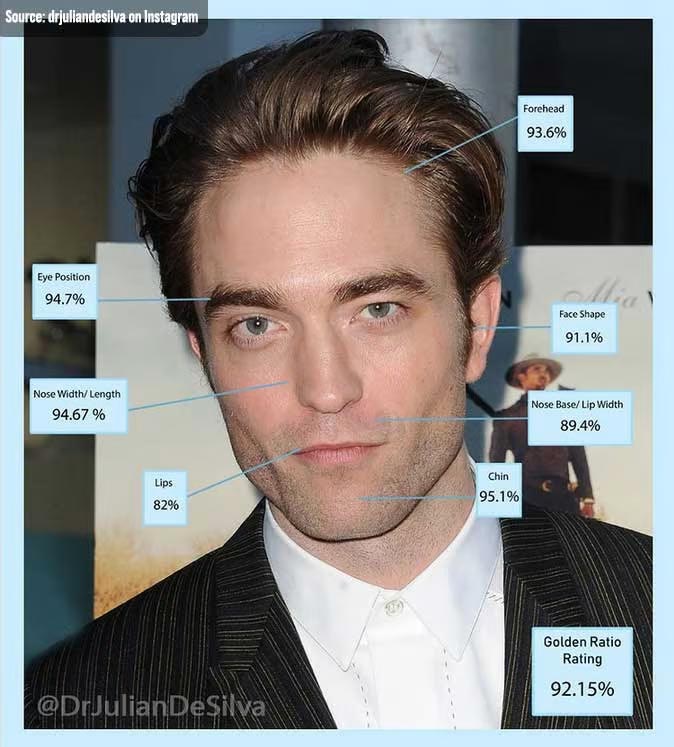 “Batman star Robert Pattinson is the most beautiful man in the world, according to our scientific research using the golden ratio.”

“ The 33-year-old actor was found to be 92.15% accurate to the Greek Golden Ratio of Beauty Phi – which measure physical perfection;”

“ Previous winner George Clooney slumped to fifth place – largely because of the effect of aging on the 58-year-old has resulted in a loss of volume in the face;”

“David Beckham was seventh with a score of 88.96% and the most chiselled chin in the top ten;”