Oscar is one of the most prestigious awards in the category of cinematography. It is also linked with magnificent fashion that the iconic celebrities have shown over the years. The dresses worn by actresses either on the red carpet or on the stage for accepting the statuette were high fashion and trendsetters in the following years. Few of those dresses have been memorable in the history of fashion.

Ternuritas is looking back on the history of unforgettable dresses that celebrities wore on the Oscar awards. 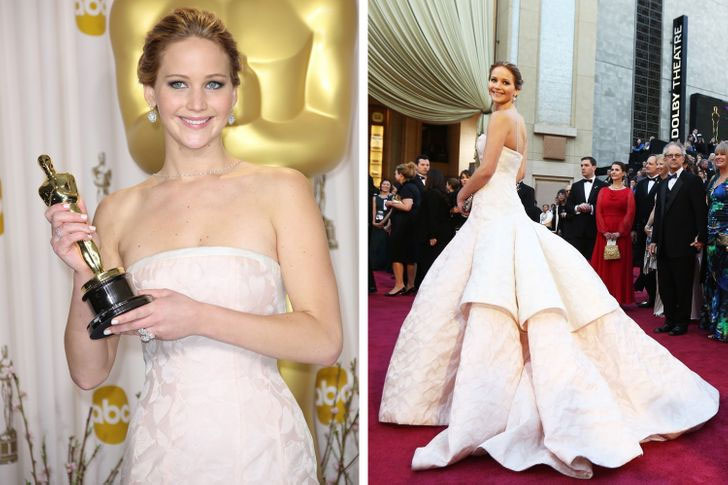 A truly breathtaking dress that Jennifer Lawrence wore when she went on stage for receiving the statuette for her role in the film silver linings playbook. The dress was from Dior fashion house and was worth $4 million which is the most expensive dress in the history of Oscar awards. 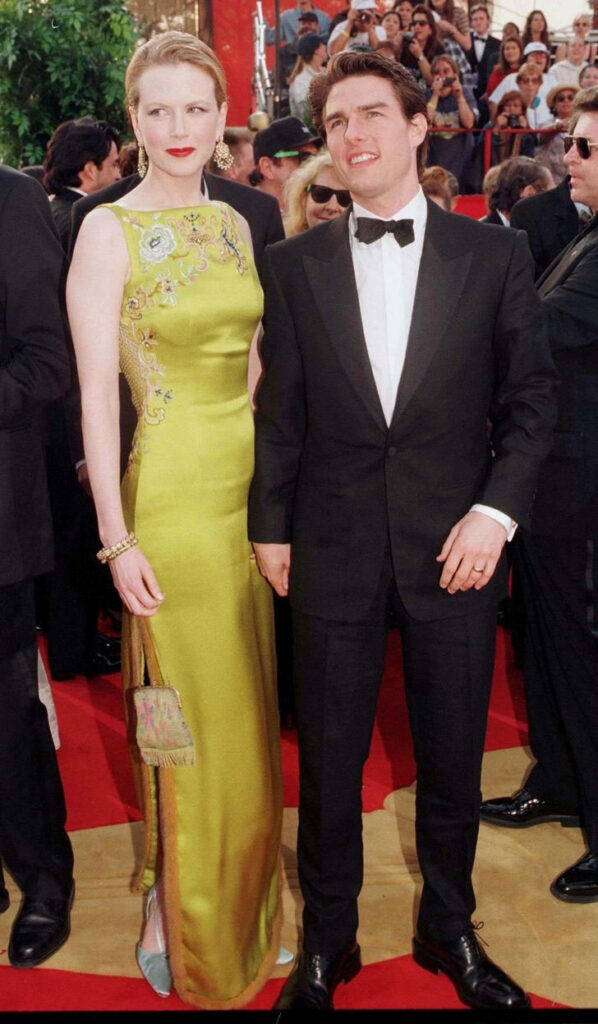 Although Nicole Kidman was not even nominated for the award in 1997, she became the highlight of the event because of the gorgeous dress she wore to the event. It is considered one of the most fashionable dresses of the history of Oscars. 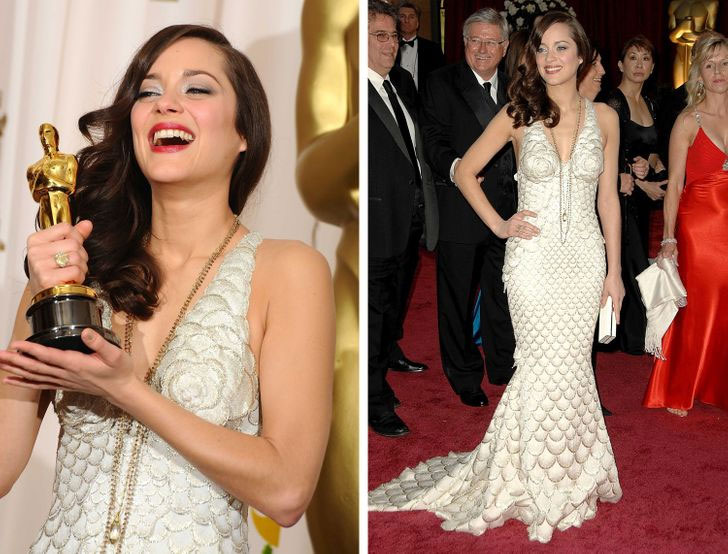 Jean-Paul Gaultier’s mermaid dress that Marion Cotillard wore to the Oscar awards and ended up winning the award for her role as Édith Piaf in La Vie en Rose. 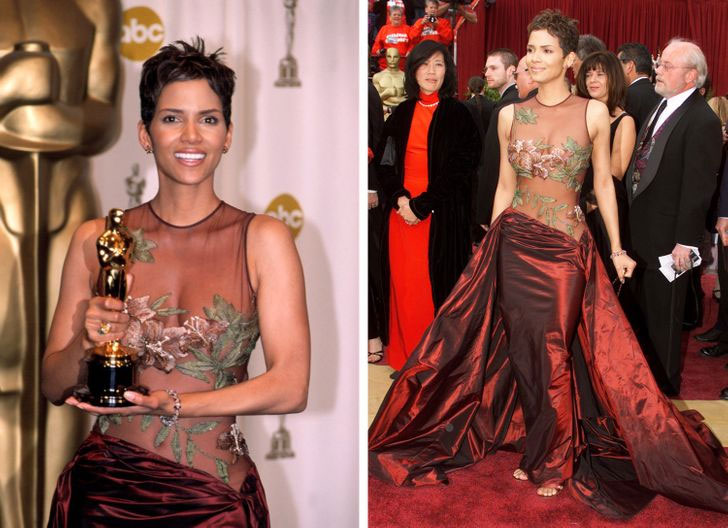 One of the most alluring outfits in the history of Oscars was worn by Halle berry in 2002 and it became even more memorable as she won statuette for her role in Monster’s Ball. 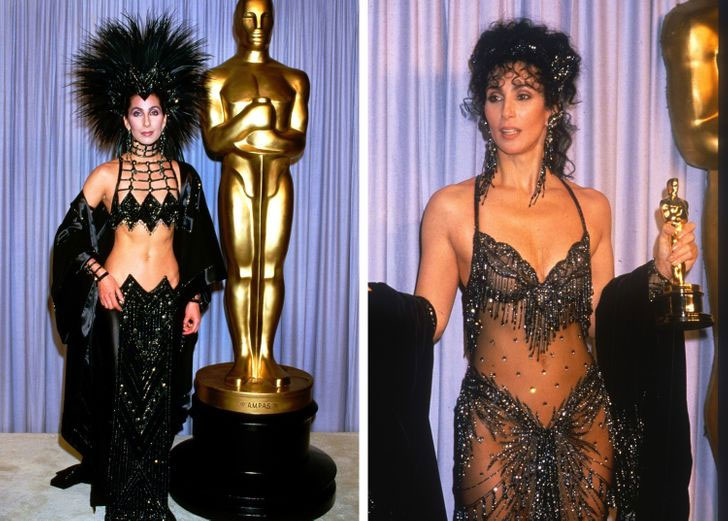 Cher has been known to dress up ostentatiously in the Oscar award ceremonies. The dresses she wore for Academy awards in 1986 and 1988 have both been memorable in the history but the dress she wore in the year 1988 turned out to be fortunate enough to make her win the award for the best actress for Moonstruck. 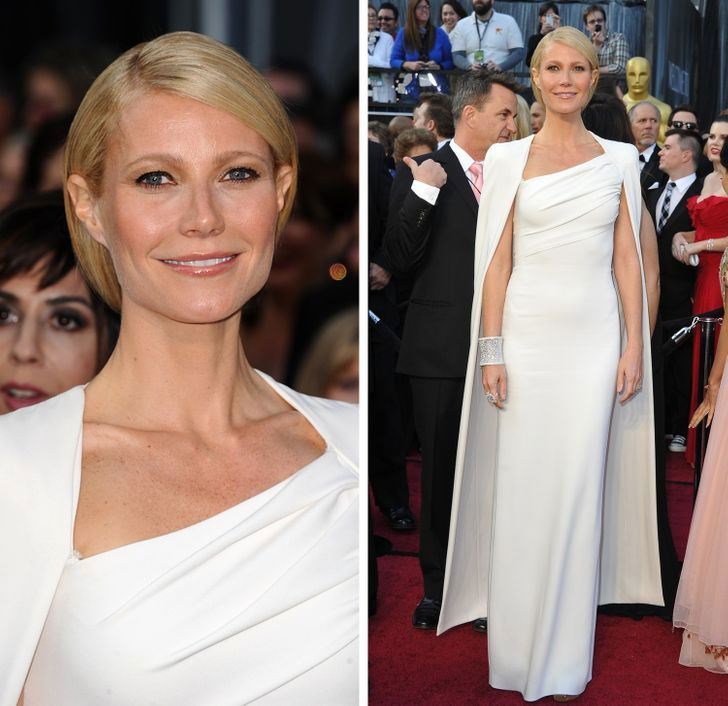 The most royal-looking dress that Gwyneth Paltrow wore was snow-white dress by Tom Ford. She looked nothing but the epitome of grace and elegance. The actress is known to have worn one of the most beautiful dresses in the history of Academy awards. 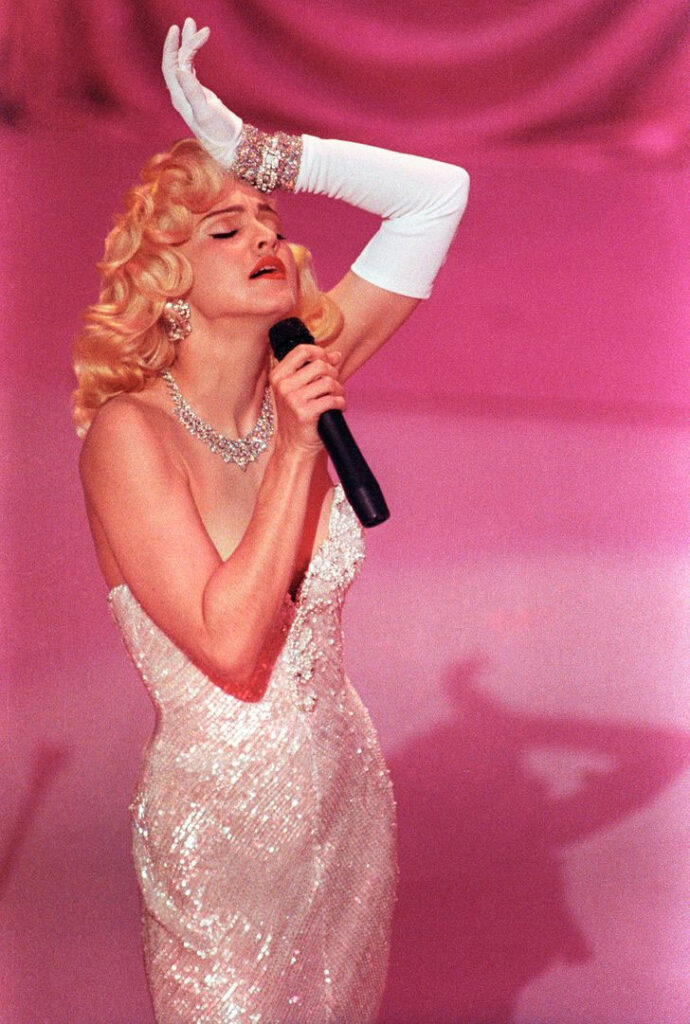 In 1992 Academy awards Madona performed “Sooner or Later (I Always Get My Man)” from Dick Tracy and also won award for the Best Original Song. An image of Marilyn Monroe was exhibited by Madona in a nicely shaped dress with sequin work and complemented by diamond jewelry and fur Boa. 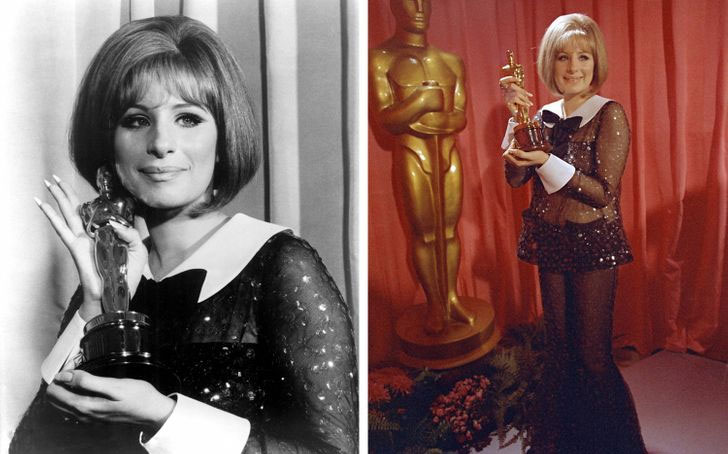 The completely see-through pantsuit that Barbra Streisand wore to the Oscar award has been rated as one of the best as well as worst kinds of outfits in the history of Oscar awards. She also received a statuette in that event and claimed to have not been aware that the outfit would look so transparent in the lights. 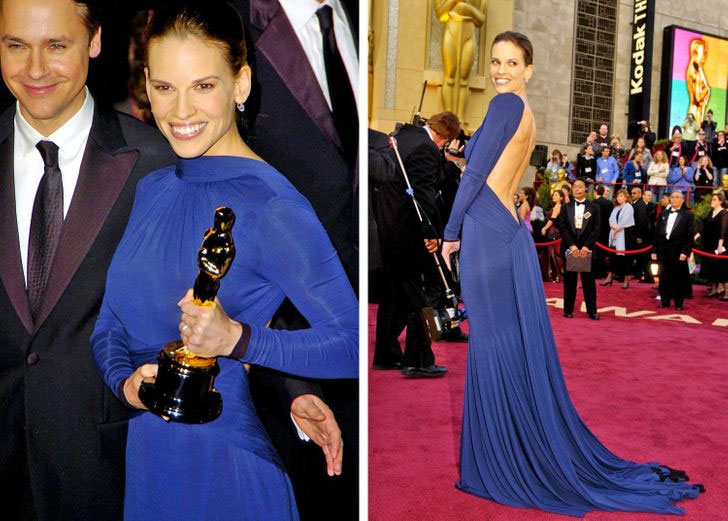 Hilary Swant went to the stage to receive the award for her role in Million Dollar Baby in a dark blue backless dress by Guy Laroche that received the attention of fashion critics as well as her fans. This front close and backless dress has always been top rated in the best images of Oscar. 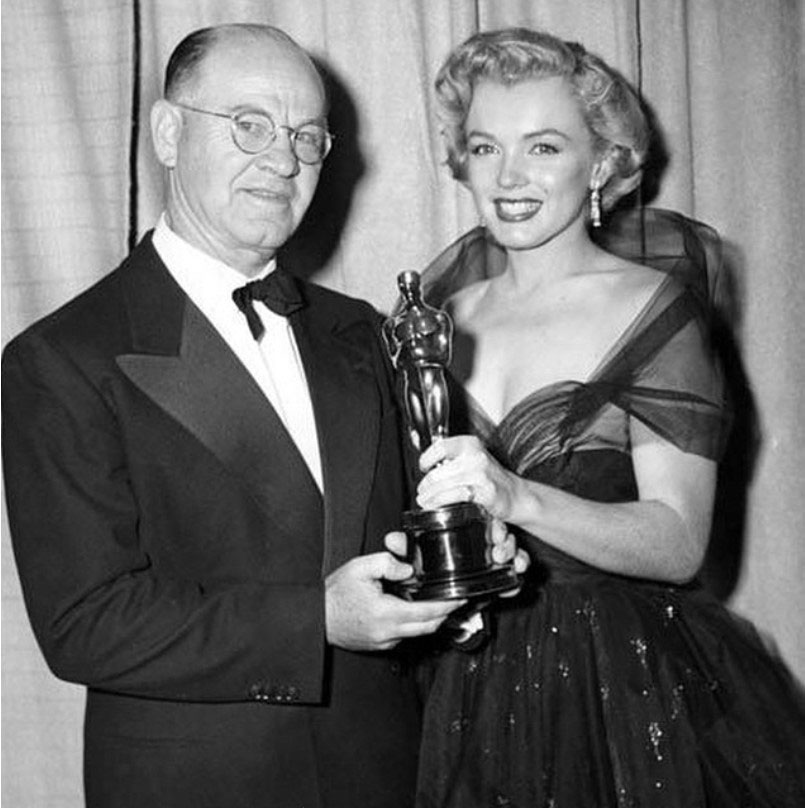 The jet black deep-neck tulle dress worn by Marilyn Monroe managed to attract the attention of everyone at the 1951 Oscar awards. She was not nominated but presented an award that year. 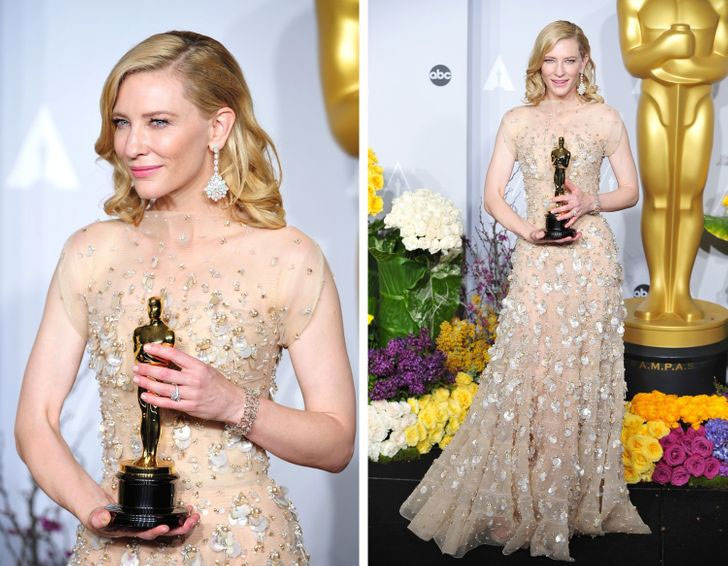 The actresses looked very elegant in a semi-transparent dress by Armani when she went to stage to receive the award for the best actress for her role in Blue Jasmine. 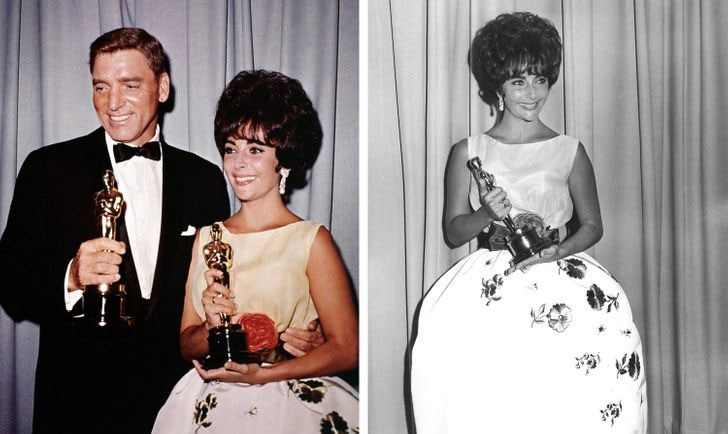 Elizabeth Taylor received the award for best actress for her role in the movie Butterfield 8 in an incredible slim waist dress by Dior. 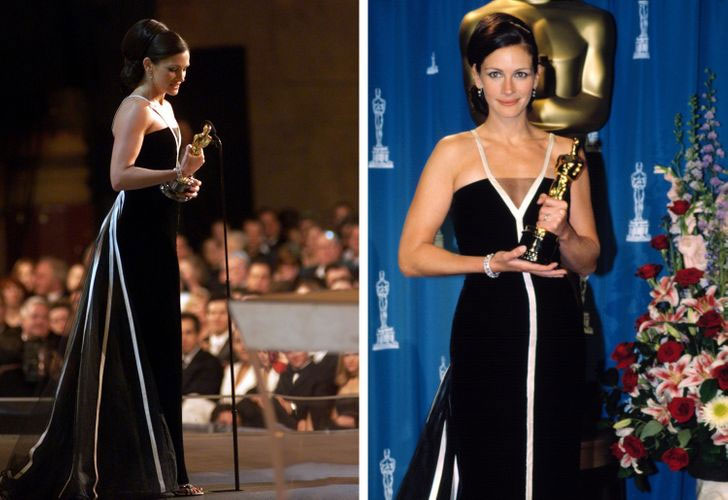 Julia Roberts received the attention of fashion critics and the people attending the Oscar award ceremony in 2001 when she wore a vintage Valentino velvet dress with plume and also won statuette for her role in Brockovich. 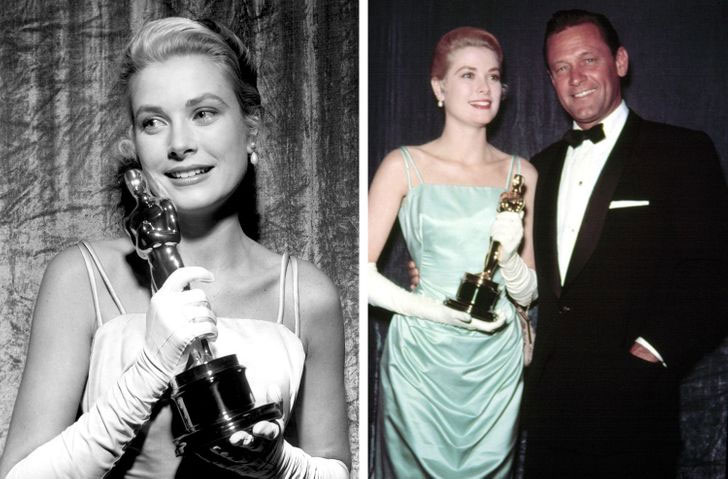 Grace Kelly won an award for her role in The Country Girl in 1955. She became the symbol of Hollywood glamour when she wore the iconic light green dress designed by Edith Head. 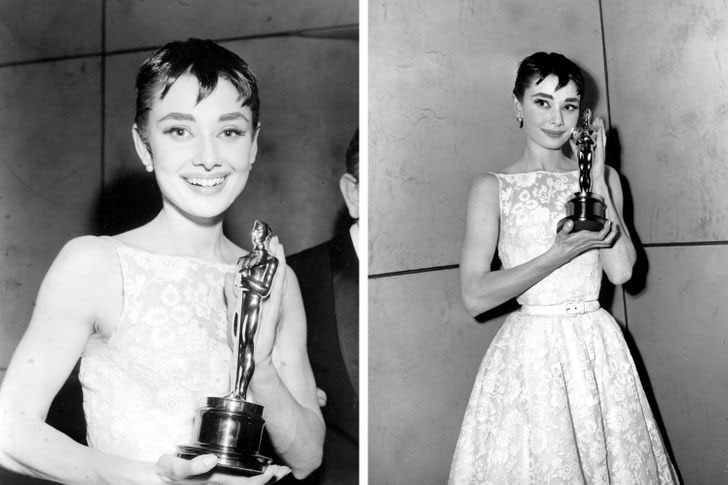 Audrey Hepburn wore an elegant and refined dress by Givenchy to the 1954 Oscar awards that turned out to be the best Academy Awards Outfit. She also won Best actress award that year for her role in Roman Holiday.

Which one of these dresses was your favorite? Let us know in the comments!