Recently a young woman from Ohio married her ex-Boyfriend’s dad and lost many friendships, she revealed in an interview.

Sydney Dean is now 27 year old who first met her now-husband when she was 11, studying in grade 6. Dean lives in Ohio, USA.

Paul (the husband), whose a truck driver by profession met his wife, Sydney, when she was 11 year old and dating his son. 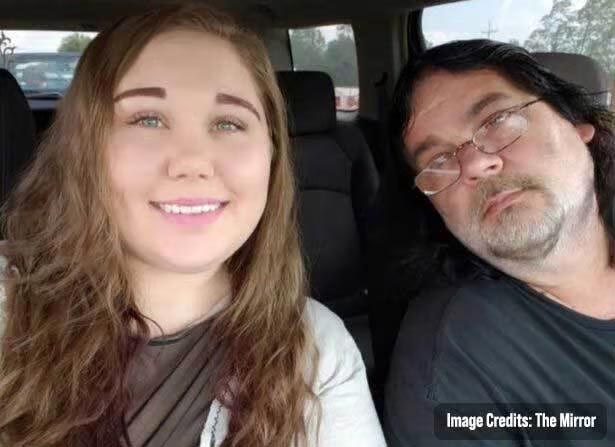 However, the childhood romance soon broke up but both kids remained friends and kept visiting each other on and on and off basis.

Dean revealed to Jam Press that she often used to visit Paul on weekends at his house where he used to live with his dad. Paul’s son and his now wife Dean were both good friends.

However, the story between Paul’s dad and Dean started when Paul’s son started dating another girl and Dean had nobody to talk to.

She thought she had lost her only friend and came closer to Paul by chance.

Dean realized that she and Paul had a good connection and something strong in-between so she decided to date him after turning 16. 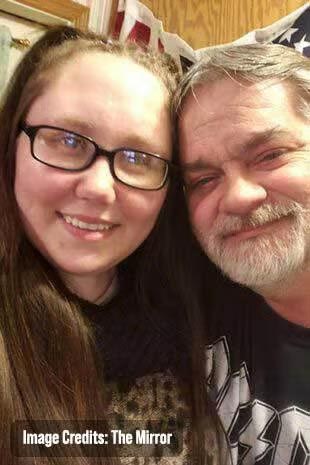 The love story had a good start and both decided to marry in 2016, despite 24 years age difference.

“He is the only person I have had an intimate relationship with, and he is the best,” She revealed to Jam Press.

“I can’t really compare our intimacy to other relationships, as he is the first real relationship I have been in. She Continued. “I never expected to fall in love with Paul and we met in a non-traditional way, but I’m so happy I did.”

She said that biggest challenge they had before marrying was convincing everyone including their families and friends about their feelings which were genuine for each other.

“My mum already knew who Paul was and from the few times they have talked, they got along just fine. But when I first told my mum that we were together, she was not happy. The age gap really got to her and it stayed that way for about a year – eventually she came around.”

“Now that we live pretty close to each other, she comes over all the time. She’s 100 percent supportive of us and absolutely loves Paul.

“In the beginning my father didn’t like the age gap either and as he lives out of state, he didn’t see him as much. But now, he really likes him.” 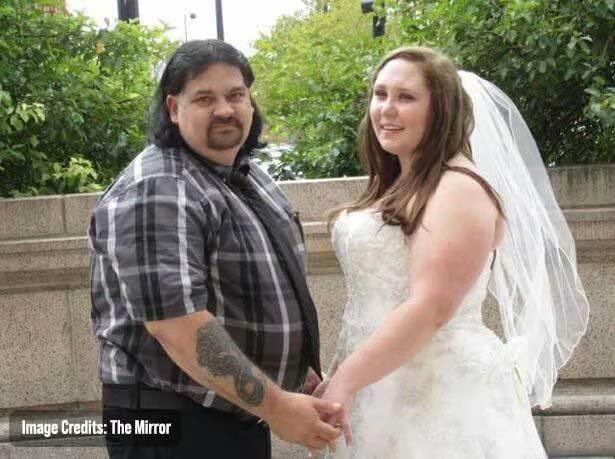 Because of this atypical marriage with Paul, she lost many friends, told Dean to the press.

“I did have one friend that wasn’t OK with mine and Paul’s relationship.”

“This friend would never want to come hang out or even talk to me much at all if he was around. She eventually didn’t want to be my friend anymore because of the age difference in the relationship.”

She Said “Then there were others who kept criticizing me for marrying Paul, but who cares for them. They couldn’t support me in what I wanted so I stopped hanging out with them.”

Talking about children of his now-husband, she said that his son to whom he was dating wasn’t okay with their marriage at first but now it’s cool between them.

“He didn’t agree with the relationship for a couple years, but now that we have been together and are married, he supports us being together.”

“He comes over with his girlfriend and their three children every other weekend just to hang out with us and BBQ.

Sydney ended her discussion with a message that people shouldn’t be thinking much about the age gap and must have courage to pursue their love affairs despite others being not okay about their feelings, she said to the mirror.

“I wish people would understand that couples with an age gap can truly love and care for one another.”

“There are a lot of negative assumptions about age gap relationships, but that doesn’t mean couples can’t be in it for the right reasons.

“He is the best husband I could have asked for, and he treats me so great.”

Let us know in the comments below about your thoughts on this story.