A 69-year-old women named Gillian Relf, from kent, England told her life story to the Daily Mail, by saying that she gave more than forty years of her life to her disable son because he needs care, support and attention all the time, she now started thinking that it would have been better if he had never been born.

She said that she was very happy with her life because she got married with her childhood sweetheart Roy, he was very loving husband and at the time of marriage she was just nineteen years old. And she became the mother of her first son Andrew in the age of twenty. 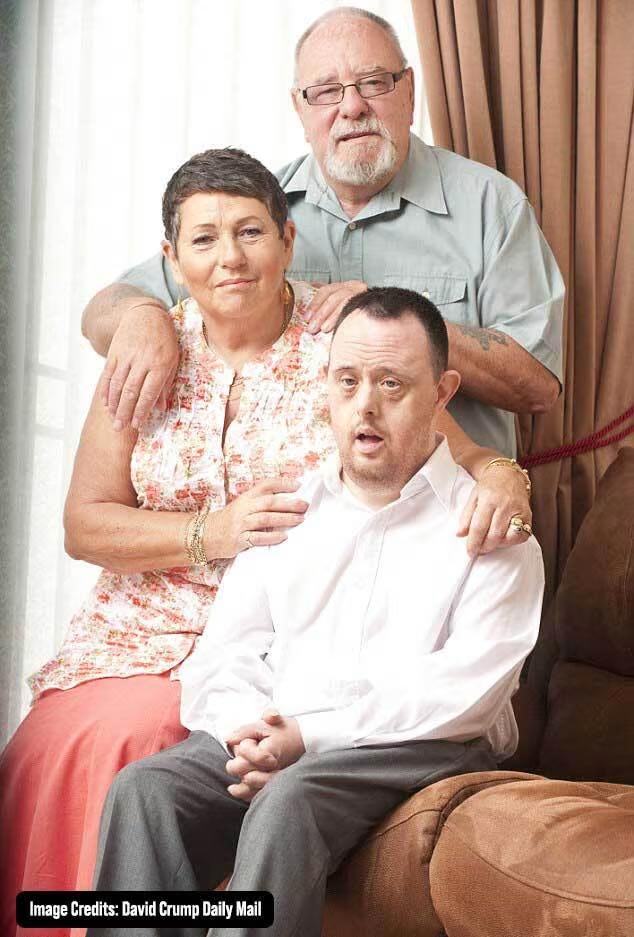 While she was living her best life with her loving husband and adorable son Andrew, they both decided to complete their family by having another child so she conceived for her second baby.

After few months, Gillian was started feeling unwell and she felt that her pregnancy was not going right. She was worried about her baby also and told doctors about her condition but no one took her seriously and doctors and midwives did make sure her that everything was perfectly fine and she was acting like paranoid.

“There were no antenatal scans or blood tests to detect abnormalities in those days, and although I had a sixth sense, call it mother’s intuition, that there was something wrong with my baby, the doctors and midwives insisted I was being hysterical and refused to perform an amniocentesis.” Gillian told. 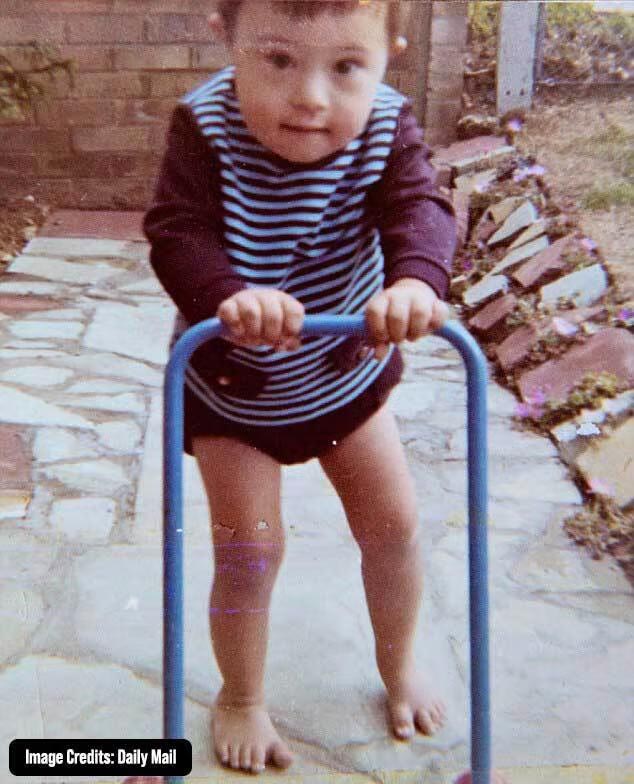 And in the month of January, 1967, finally her second child named Stephen came in to their life.

“The following Wednesday, I looked at him in his cot: his small, almond-shaped eyes, broad, flat nose, and the one crease on the palms of his hands.”

“He’s a Mongol, isn’t he? I gasped to my mother. It sounds shocking now, but that was how we described people with Down’s Syndrome in those days.”

“She told me she was sure he wasn’t, and it seemed everyone else was blind to what I saw so clearly. None of the doctors or health visitors even mentioned it, so for seven months, I blundered, trying to convince myself that my baby was ‘normal’”. 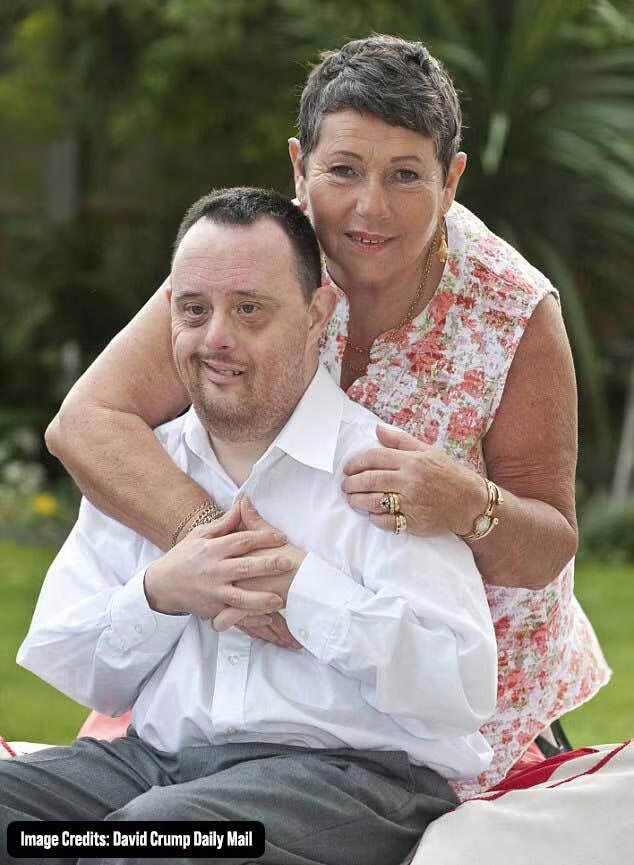 Their second son Stephen apparently became ill in this summer and they took him to the hospital and after examining him well a pediatrician declared him as a ‘Mongol baby’.

“Questions I couldn’t answer raced through my mind: Had I caused his disability? How terrible would his life be? What impact would it have on his brother Andrew, then only two? How on earth would Roy and I cope?

That was the day normal life ended for Roy, Andrew, and me.”

She shared, that how her life has become change after Stephen’s birth and she and her family has been struggling a lot.

“In his early years, it caused me physical pain seeing friends’ toddlers reaching milestones when my son was still so baby-like. Stephen didn’t walk until he was five and couldn’t speak – even now, he has only a few words and communicates using Makaton, a sign language. This made working out his needs a constant struggle. 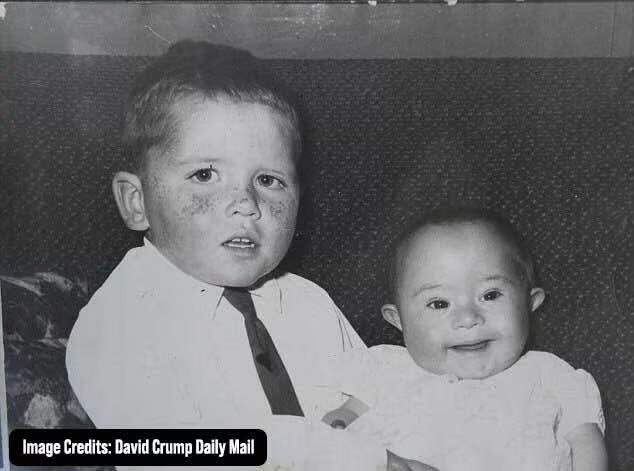 His incontinence meant that washing his clothes and bedding became my full-time job.” Gillian Said.

“So, exhausted and racked with guilt, I was close to the end of my tether when he became unwell shortly after Stephen’s third birthday and cried incessantly for three days and nights.”

“Worse still, he could give me no indication of what was wrong with him.” She further added, “My husband was working late shifts as a driver at the time, and by the third night, I couldn’t stand the noise any longer.”

“In a rage, I picked Stephen up, intending to throw him down our flight of stairs. Thankfully, by the time I reached the top step, I thought, ‘What on earth am I doing?’ and put him back into his cot.

“A couple of days later, I was admitted to a psychiatric hospital suffering a nervous breakdown. I was prescribed tranquilizers and then treated as a day patient for several months afterward.”

She told that her marriage has become a struggle for them after having a disable son, as they were always seem disturbed and stressed because of him.

“One day, Stephen’s doctor sat us down and told us that Stephen needed an operation to remove his spleen. He said he would ‘go to sleep and never wake up without it. Those were his exact words.”

“Looking back, I believe the doctor was guiding us towards allowing our son to pass away naturally, but we didn’t understand then what he was trying to do for us.”

“I wish we had – it would have spared us all a great deal of pain. Instead, he had the operation and spent five weeks at the hospital recovering, with me at his bedside as often as possible.”

She also told about Stephen’s life that now he is living in sheltered accommodation where they gives him the needed care and attention 24_7.

“When we go to pick him up at the weekends, we have no idea what will happen. Sometimes he refuses to come with us; sometimes, he insists on being taken back to the home as soon as he’s had a biscuit and a drink of water or, if we’re lucky, he will be happy to stay.”

The mother of two kids also said that if Stephen had not been born like this she would definitely went to have another child and her family had not suffered a lot.

“I know this will shock many: this is my son, whom I’ve loved, nurtured, and defended for nearly half a century, but if I could go back in time, I would ab*rt him in an instant.”

Don’t take me wrong, but I know he would outlive us, and his brother and I become seriously upset whenever I think about his future without anyone to take care of him.” The mother further added

What’s your thoughts on it?