It takes a lot of courage and effort to fulfill the task of motherhood. Every woman has the right to get rest after giving birth and no one should force them to return to work. Maternity leave is extremely important.

This story is about Rebecca, who gave birth to her baby but could not stay with her to take care of her while she was in NICU. She is 26 years old woman who posted a video on TikTok about the system that made her go to work in less than two weeks. 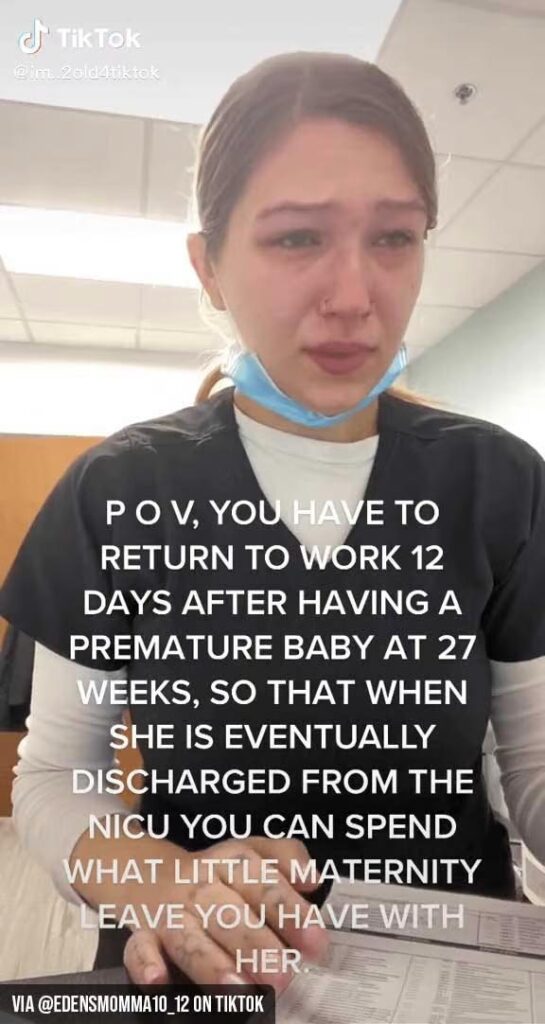 Rebecca gave birth to her daughter Eden at 27 weeks as a premature baby. Eden was kept in the NICU for her development. It was already very worrisome for Rebecca but then she had to go back to work 12 days after giving birth. 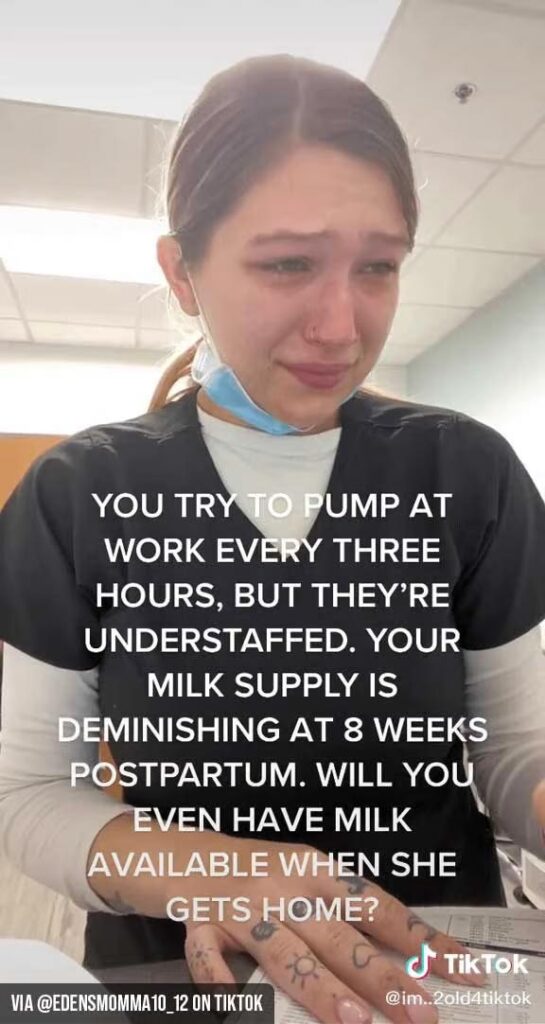 This extremely sad video shared by Rebecca shows how difficult it was for her to stay away from her daughter when she needed her. She could not go to Eden because she had to pay the bills.

Rebecca wrote in the video:

You return to work 12 days after having a premature baby at 27 weeks, so that when she is eventually discharged from the NICU you can spend what little maternity leave you have with her.

“You try to pump at work every three hours, but they’re understaffed.

“Your milk supply is diminishing at 8 weeks postpartum.

“Will you even have milk available when she gets home?

“What do other NICU parents do? How can anyone afford to stay home during an NICU stay?

“How can anyone handle the guilt when you have to work and can’t be with your baby? 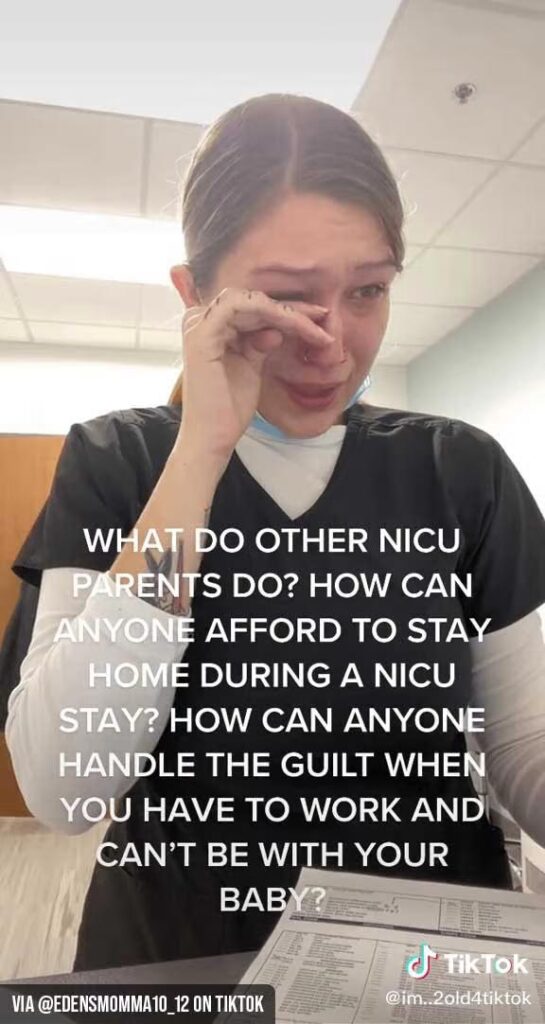 The pain and sadness can be seen on Rebecca’s face clearly as she carries on with her day at work. Women face a lot of situations during the phase of postpartum including depression, decreased milk production and some situations get even worse.

Rebecca was able to get help soon after her video went viral. People from all over the world supported her and made her feel relieved. People asked her if she wants, they can send her money. Friends, strangers, and people from far off places offered to help her. 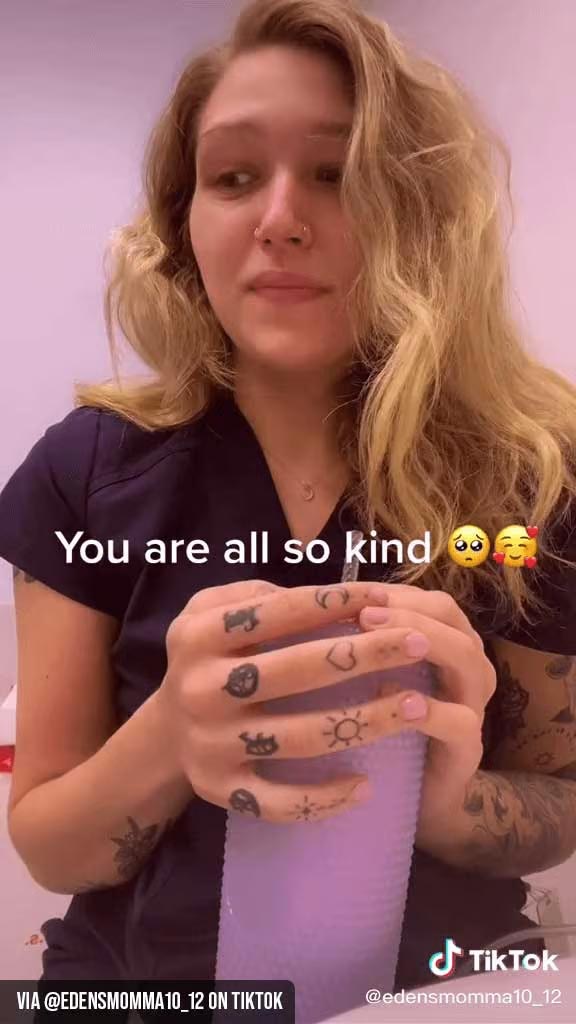 She posted a video and in the video, she looked much relieved and better. She thanked everyone for their love and support. She said:

“So many of you have shown support, reached out, donated, which is crazy to me. It is absolutely not the responsibility of generous people like you to take on something like this on. 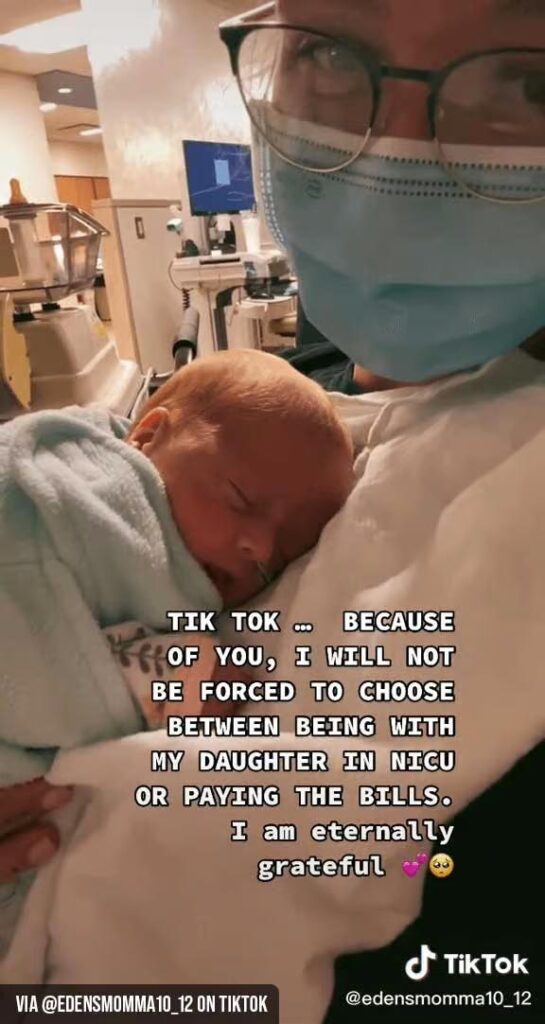 Rebecca gave birth for the first time and it was difficult for her but finally, she was able to be with her daughter in the NICU. She thanked everyone by posting a video in which her daughter could be seen. She said: 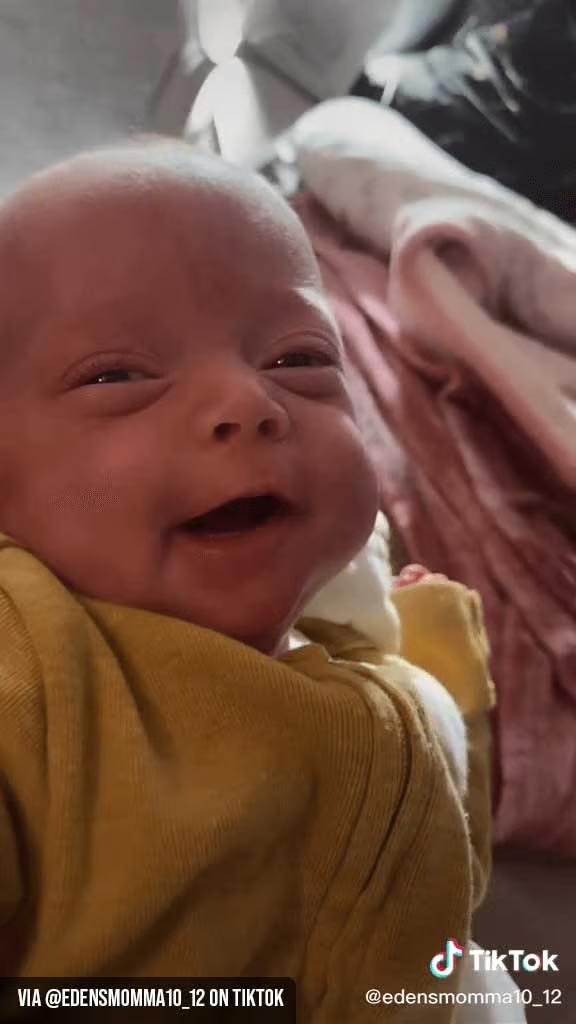 Eden spent 10 weeks in the NICU and was able to go home finally. Rebecca posts videos of Eden on her TikTok frequently. Her TikTok ID is this.