Jenna Dewan is known for her talent in acting and dance. Her role in Step-Up is one of her best pieces of work. She got married to Channing Tatum but their relationship could not last long. Today, this story revolves around her and how she found her soulmate when everyone thought it might not be possible after splitting with Tatum.

In 2018, Jenna and Channing got separated after 9 years of marriage. They have a beautiful daughter named Everly. In an interview with health, Jenna spoke about her relationship with her husband and told that they are both humans and both of them have flaws like everyone else, she said:

“We’re not perfect! Are you kidding? We fight like other couples, we disagree about things, we have days where we don’t really like each other.”

“It is a great fit as long as you are growing together, and I think up until this point we’ve really grown together. Even if one starts to grow, the other catches up and vice versa.”

“I feel a sense of joy and freedom and excitement, truly, about a new chapter in my life,”

Jenna talked to HERPER’S BAZAAR about her divorce and said:

Channing Tatum posted on Twitter talking about their divorce and tried to make things clear for people on both their behalf. 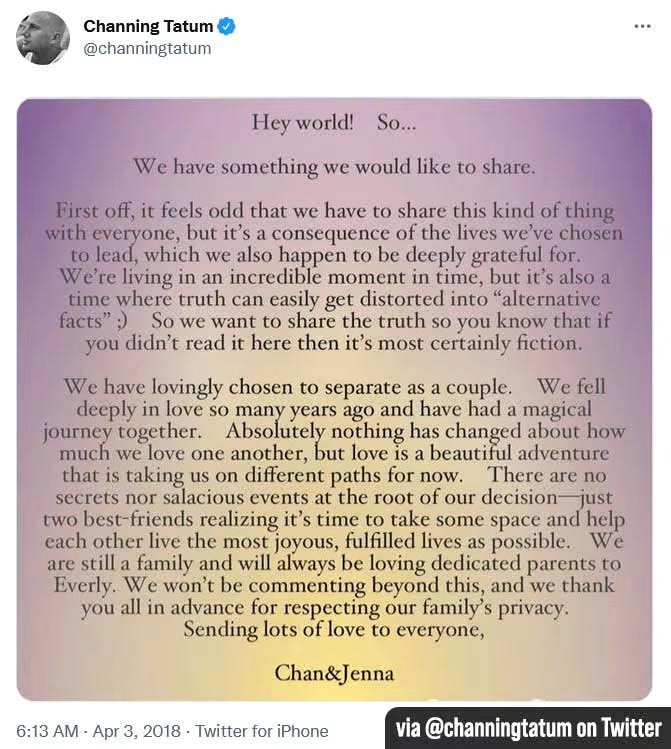 Speaking with US Weekly, Jenna reminisced about the show called Once. She went to see the show on Broadway starring Steve Kazee. That night became one of the most wonderful and memorable nights for her. She said: 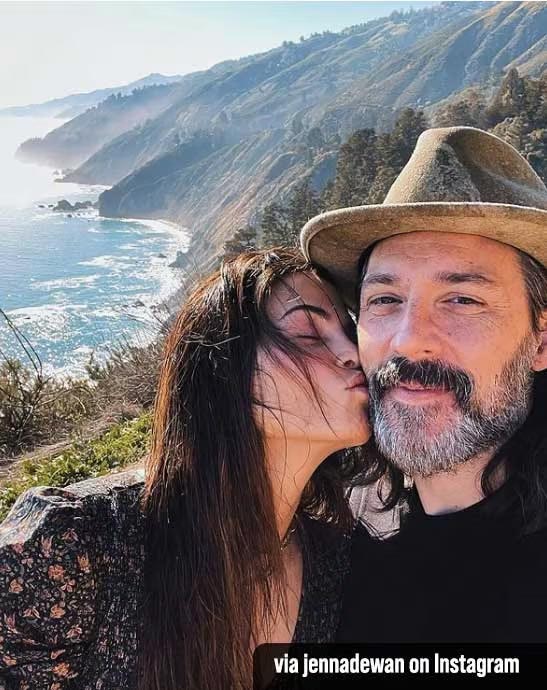 “He was in a show called Once on Broadway, seven years ago, and I went to see the show, and I was blown away by him and his talent, crying my eyes out,”

“Years later, I’m single and everything’s different and he reached out to me,”

“He was like, ‘I never forgot meeting you.’ That was a really cool moment. Like I say all the time, ‘The universe works in very mysterious wonderful ways.”

Steve and Jenna fell in love as soon as they had their conversation and felt like there was something special between them. They felt an emotional connection with one another and Steve also gladly accepted Everly into his life. He felt really happy about Everly’s presence in his life. In an emotional note about Everly, he wrote:

“Jenna also brought with her one of the greatest gifts one could ever imagine… her beautiful daughter,”

“Evie burst into my life like a supernova and has continued to burn so brightly in it. I have learned so much about parenting already from watching how amazing Jenna is with her and Evie has taught me so much about what it means to love and communicate with a child and I can’t wait to give her a sibling and make our little family a little bit bigger,”

Steve and Jenna had a son together named Callum, after getting engaged in 2020. Jenna posted about Callum on Instagram with the caption: 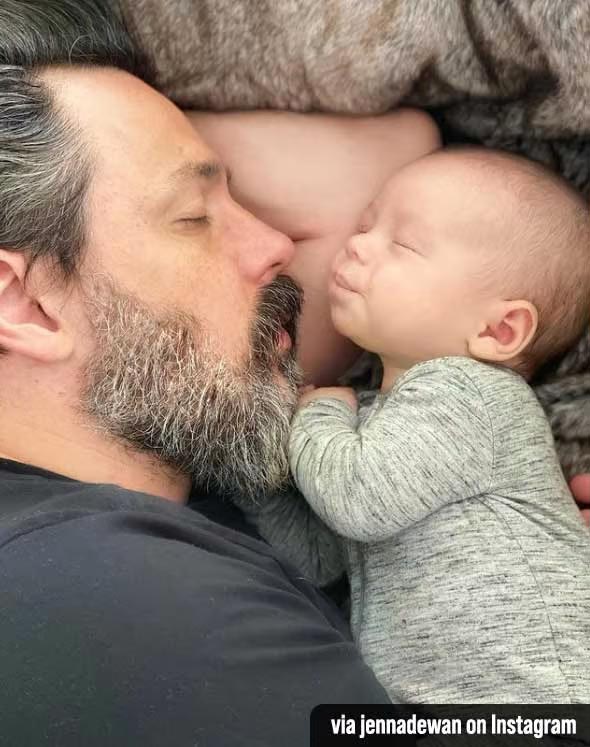 “Seeing you become a father is one of the greatest things I’ve ever witnessed. The depth of emotion you feel, the love you share, the insane ability you have to do it ALL for all of us… we are so lucky.” 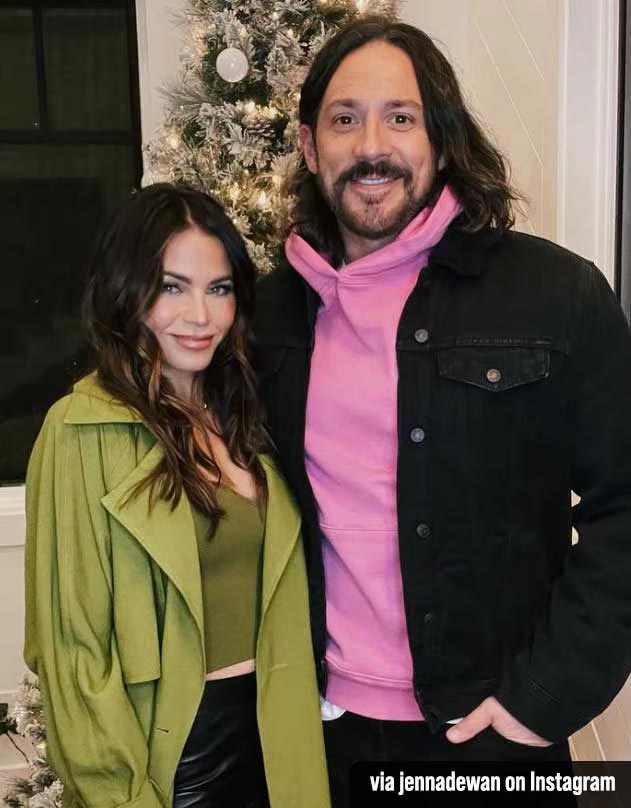 The beautiful lesson we learn from Jenna’s life is to never give up on love and never stop believing in yourself. She went with the way she felt and that led her to a wonderful life. Wishing Steve and Jenna a lot of happiness.