There are too many studies that show how and when women should approach love.

In our society women has no value without a man. They have to follow the rules made by society and they are also advised which kind of partner, lifestyle, and career would be suitable for them. It’s brutal for her but they have to bear all these things just because they are women.

Despite all these agonies and resentments, some women choose to defy the judgments of society with their courage. An American singer Gwen Stefani is one of them and recently she successfully cemented her legacy by pursuing her love at the age of 50. Now she has become the boldest and coolest woman in pop culture.

In the year 2021, the No Doubt’s frontwoman tied the knot with country star Blake Shelton. Here’s what we can learn from her midlife milestones.

After finding out about her husband’s infidelity, Gwen thought her “dreams were shattered”

In the year 1995, she first time met her husband Gavin Rossdale during a holiday concert for radio station KROQ while performing with the respective bands No Doubt and Bush. They married each other in the year 2002, at St. Paul’s Church, London. The couple shared three beautiful children: Kingston, Zuma, and Apollo. According to Gwen, the marriage was a blissful union for them but things took a turn and became worse on Gavin’s end.

Gavin’s infidelities appeared in 2015, and also his three-year affair became public with the family nanny. One of the outlets said claimed that after the birth of his third son Apollo in the year 2014, Gavin had allegedly had sex with their twenty-year-old nanny, Mindy Mann. It was also claimed by other papers that Gavin used to bring Mindy on tours and also had sex with her while on the bus while his children dazed off next door. There is no way to find any evidence that proves the truth behind every sordid report, but there is authentic proof that declares Gavin’s cheating on his wife of thirteen years. 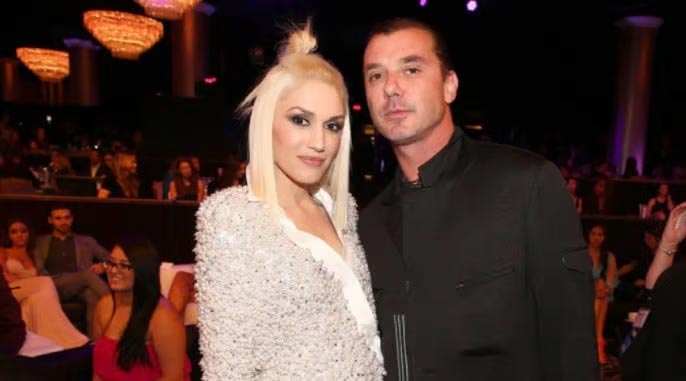 Their marriage dissolved after the news of Gavin’s affair with the nanny was confirmed- a classic Hollywood scandal. The situation became so embarrassed nasty and tacky for Gwen after all the things happened. The one who had her shielding for cover as the mainstream media tore apart her husband putting every aspect of her entire life under the microscope.

In an interview with Glamour, Gwen shared this heartbreaking story about her ordeal. It was like the beginning of hell, she stated. She also told that she wanted to tell everyone about her torture and pain and the things which she was going through but she decided to keep her mouth shut for the sake of her children. The singer used to go to work while quietly enduring the devastation of her rapidly imploding marriage.

Unfortunately, one of the most mundane things in someone’s life is the experience of being cheated on. As the aggressor or the victim – you are the lucky one if you have made it thus far without encountering it in any form. It seems like a little thing but put lasting effects on the people who are involved in it. It can wreck self-esteem and shatter the confidence of a person. 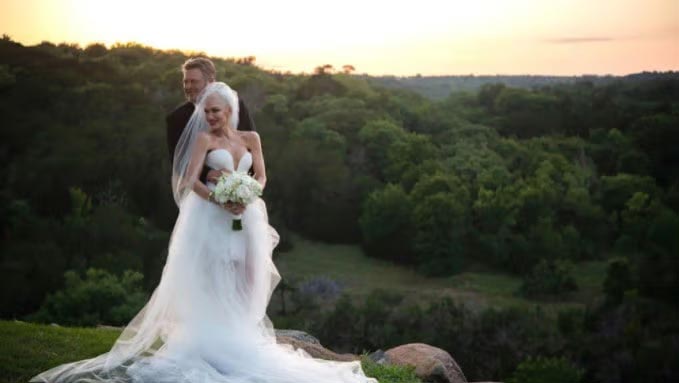 When you get disillusioned about love so you’ll find that it’s not easy to rely on someone to fulfill you in any way, shape, or form because it’s almost impossible for you to put your faith in someone again. Gwen shouldn’t only be admired for bearing the torture and pain undergoing the spotlight but also for her courage that she opened her heart to someone in a matter of months. It did work out great.

Gwen started to date Blake after meeting him on The Voice in November 2015. Working together as close co-workers their partnership ended up blossoming into a love story that transformed their lives for the better. The interesting thing is that they both were going through the same situation at that time so it was easy for them to connect with each other over their heartaches rather than beat around the bush.

While talking about her story Gwen told that they both had trust issues in the first few weeks and it was difficult to deal with it for both of them but with empathy and communication the couple got over it. She also includes that it was like a miracle for her to find love on her doorstep after bearing the torture of “months and months”

Further, there is an unattractive stigma around dipping your toe in the dating pool at the age of 50, because women of this age are considered as undesirable and unworthy of love. We either see them as malicious cougars looking to relive their youth. They’re portrayed as sad lonely women who just can’t catch a break. Gwen and Blake proved with their relationship that love doesn’t expire and it doesn’t matter in love how many bad breaks you had if you want to stay loyal to your partner and in a position to find happiness. Older women are also desirable as long as they feel.

In love, your age your background, and your job your status doesn’t matter. Only a few people can understand that you can find and keep love at any age who experienced love at its fullest. Just go with the flow, love yourself and follow your heart. The thing which makes us capable of accepting love is our life experiences so live your life as you want to live and don’t think about others’ opinions.

Like Gwen, who found the love of her life Blake, after overcoming her traumas at the age of 50 you can also find your love. Society is made of giving you manufactured pressures so don’t think about it and make your path because everyone has the right to love and to be loved and age is just a number.