This interesting story is about a gay couple named Steve Anderson-McLean and Rob Anderson-McLean, from Pennsylvania, who adopted six siblings from the foster care.

They took this decisions because they wanted to make sure that all the siblings were not split up while leaving the foster system.

These two Pittsburgh dad decided to get married and tied the knot legally in the year 2013, after living together for many years. They have been knowing each other closely from twenty years. 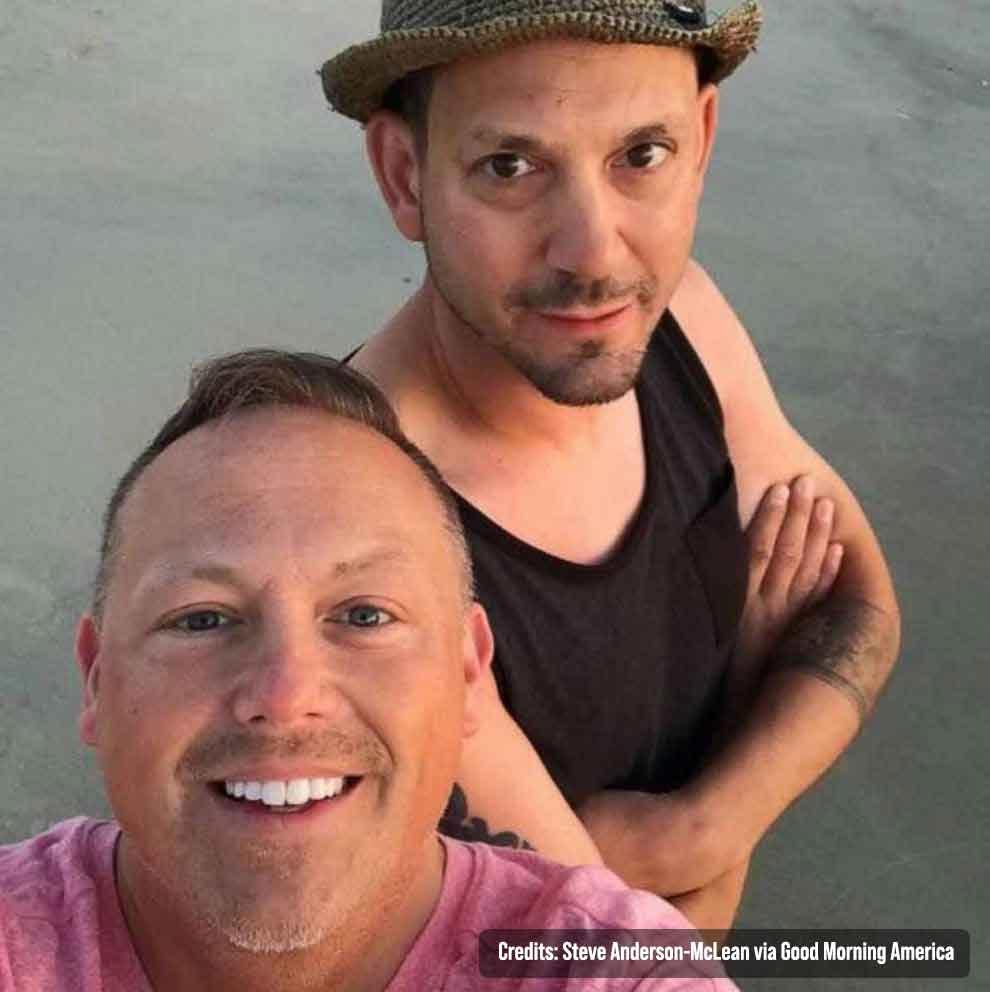 In the year 2018, they took a decision to adopt children at the same time, Steve Anderson-McLean and Rob Anderson-McLean, got to know about the six siblings whose parents abandoned them and since then they have been living in the foster system. They both decided to adopt them all.

“We saw their picture and fell in love,” said Rob. “So many sibling groups are broken up because people just want to adopt the younger children. Steve and I knew these guys needed to be together.” 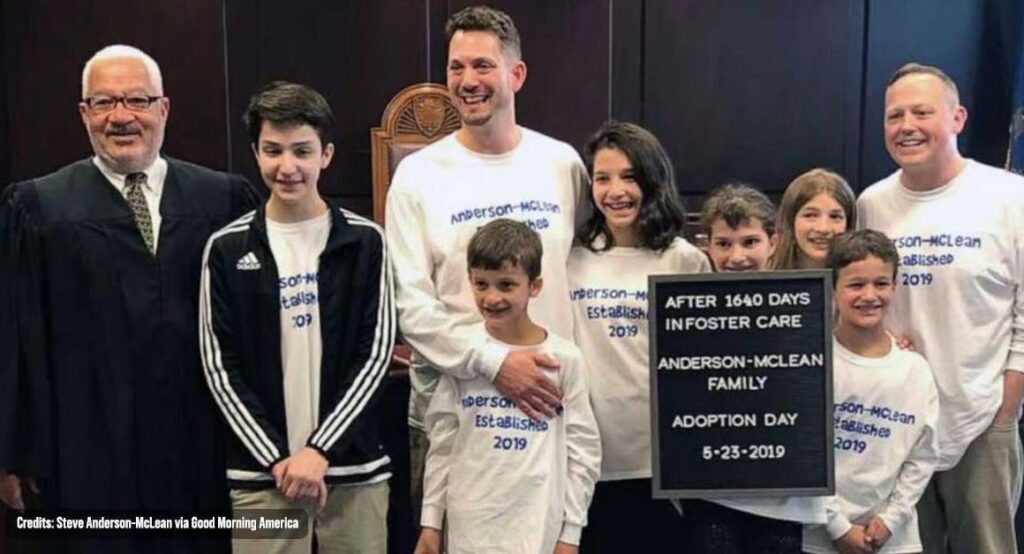 “After the first week they were asking if they could stay forever,” Steve, 48, told the outlet. “We took them to the park and to the zoo. We played in the yard.”

One of the dad shared with the outlet that all the siblings were very happy when they got to know that they all were adopted by him and his partner.

“They had been let down by adults so many times in their life, and were nervous it wasn’t going to happen. They were so relieved when we brought them home and told them it’s their home too.” 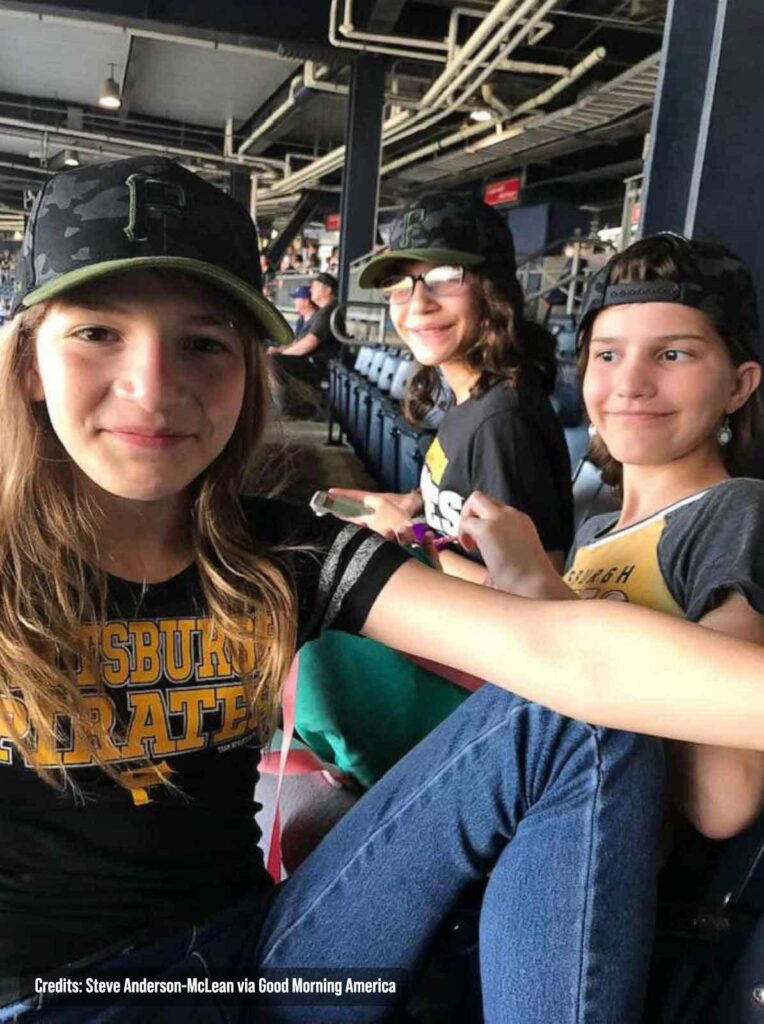 According to the dads, after taking all them home they just worried about the eldest one named Carlos, his age was just 14years at that time. They were thinking that since he was a teenager, so it might be difficult for him to adjust in his new life with the same gender parents.

“We thought with Carlos being a teen, he might have a hard time, but it has not bothered him one bit,” Shared Steve.

“The other night, Max, our 7-year-old, looks at me and goes, ‘I’m adopted,’ so I nodded and said, ‘You can’t get unadopted, right?’ And I had to reassure him that he will always be our son.”

While talking with Good Morning America, the big happy family shared their overwhelmed feelings after having each other. 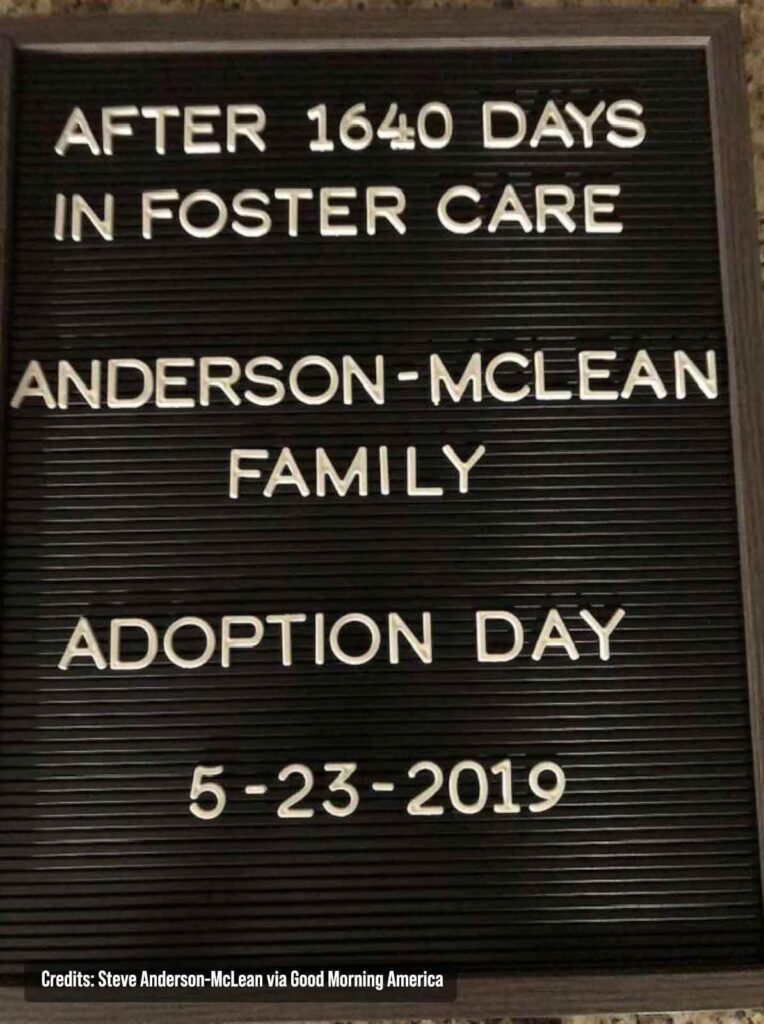 “Obviously, we knew that, but when I looked up and saw all those eyes, it was very emotional,” Steve also shared with the outlet.

“We never imagined we’d be lucky enough or blessed enough to have six.”

“I’d say our kids have brought a great kind of crazy to our lives. It’s heartwarming and so exciting to see how they connect with us and our extended family and friends,” said by Rob.

This couple has their two sons already which they shared from their previous marriages, they told Good Morning America about 25 year old Parker and 26 year old Noah.

What is your thoughts on this story?