A man is reported to have travelled all the way from Spain to UK to meet his girlfriend, who has stood him up both the times.

David Stevenson, 32, relocated to Spain from Nottingham, a few years ago. He got into contact with an old friend from the UK which was not too long ago but both ended up developing feelings for each other. 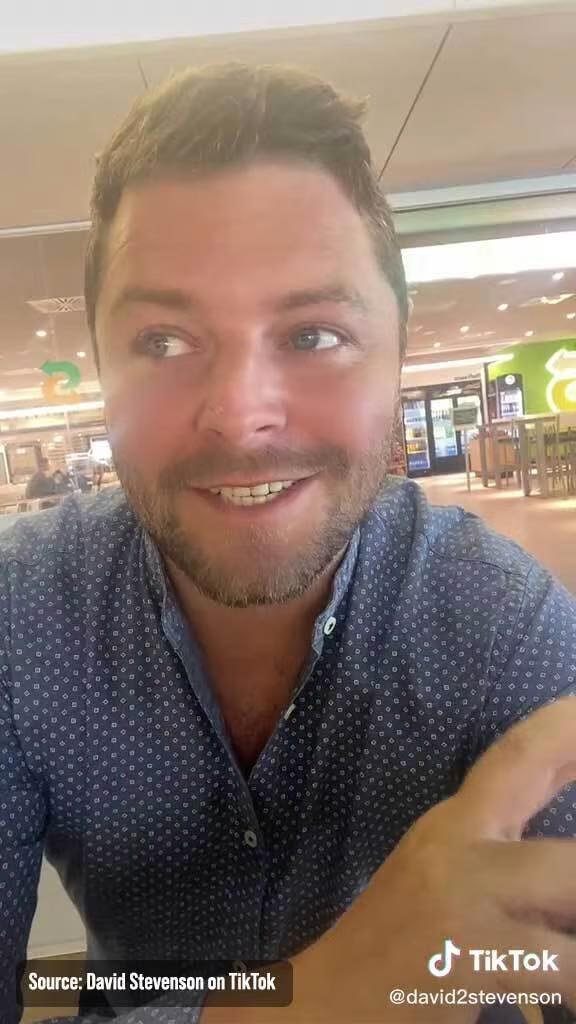 After some time of only texting and calling each other, they decided to meet in person, in England. So, just as they had planned, David flew to England just to meet his girl but she was not there to greet him at the airport.

Stevenson tried to get a hold of her but it was of no use; she just would not respond. 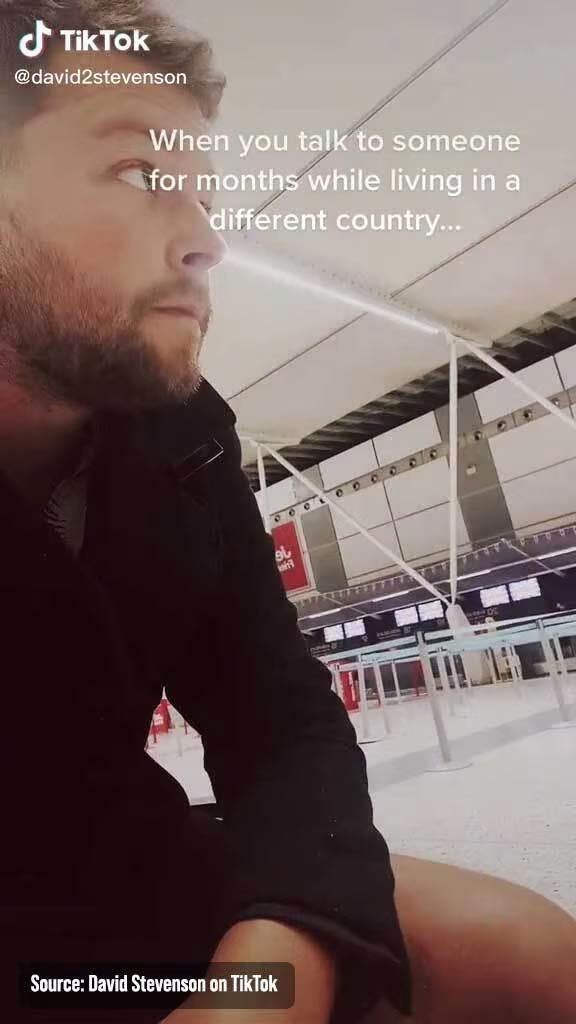 Stood up, hence disheartened, David made a TikTok video about this whole ordeal.

“It’s purely disappointment. You’re spending so many hours of your life invested in this person – from phone calls to messages. Everything.

“There’s only 24 hours in a day, and you’re giving up hours of your day for this person, and then to put yourself out there in a position of vulnerability and to be dropped, it’s not a nice feeling at all.” 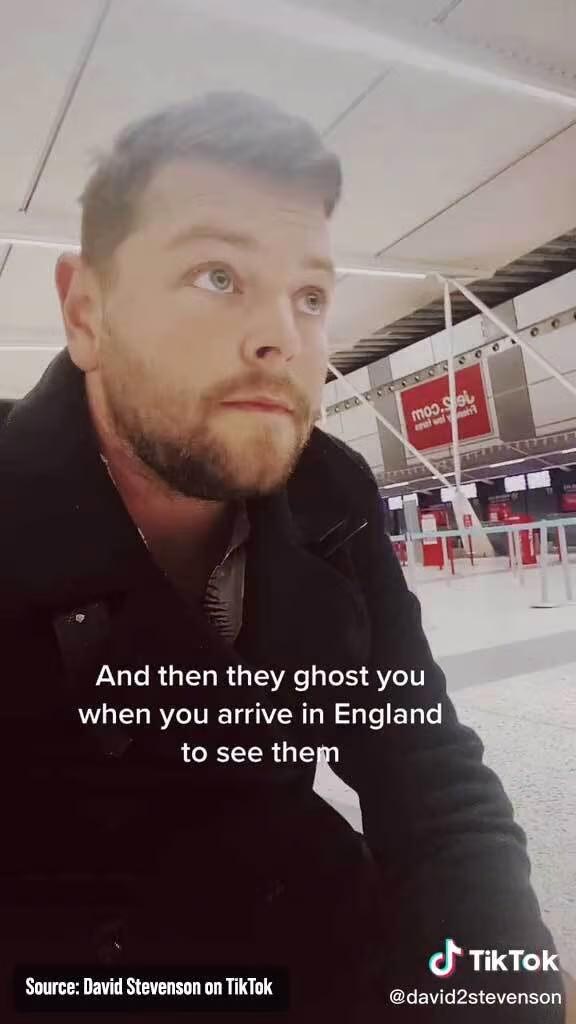 Nevertheless, he went back to Spain and didn’t hear a word from her again. Moreover, a follower from Bristol, UK reached out to him, confessing that she has a crush on him.

David and the girl began talking and were really getting along. After three weeks of this, they decided to meet up but upon arrival in Bristol, Stevenson got to know that he had been ditched again.

Like last time, another TikTok video was uploaded in which he explained that he had gone through it again. 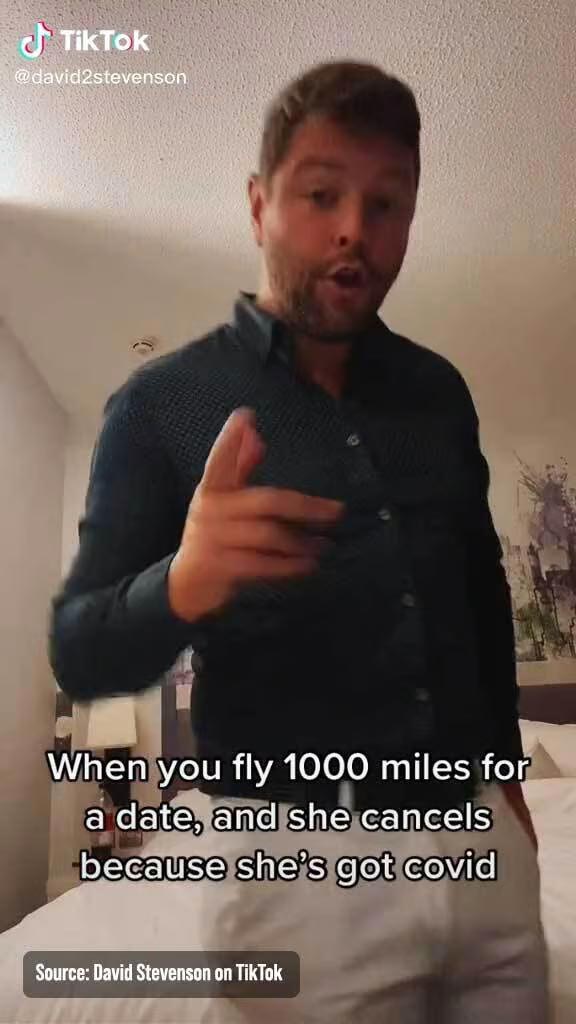 “Everything was going fine, everything great,” He said. “Then, the day before I was to fly out, she’d gone a bit quiet. She didn’t reply to any of my messages, but I still had the flight in the morning.

“I’m one of these people where I get that people can be busy. I’m not always on social media or my phone. I messaged her in the morning to say I was flying over and had just got to the airport. I got nothing. I still jumped on the plane.”

However, Bristol woman did contact David, informing that she had contracted Covid-19 due to which she decided not to show up. She apologized too but it was too unbelievable for David.

“By the time I’d come off the plane, that video started blowing up a little bit, and I think she may have seen it. She messaged me to say she had covid, it was really bad timing, and she was so sorry. I absolutely don’t believe her.”

“If you’ve got covid, you’d message me the day before saying, ‘David, I’m really sorry, but I’m ill.’ You don’t’ ignore someone for a day. I think it’s an easy cop-out, but I’m old enough and wise enough to read between the lines.” 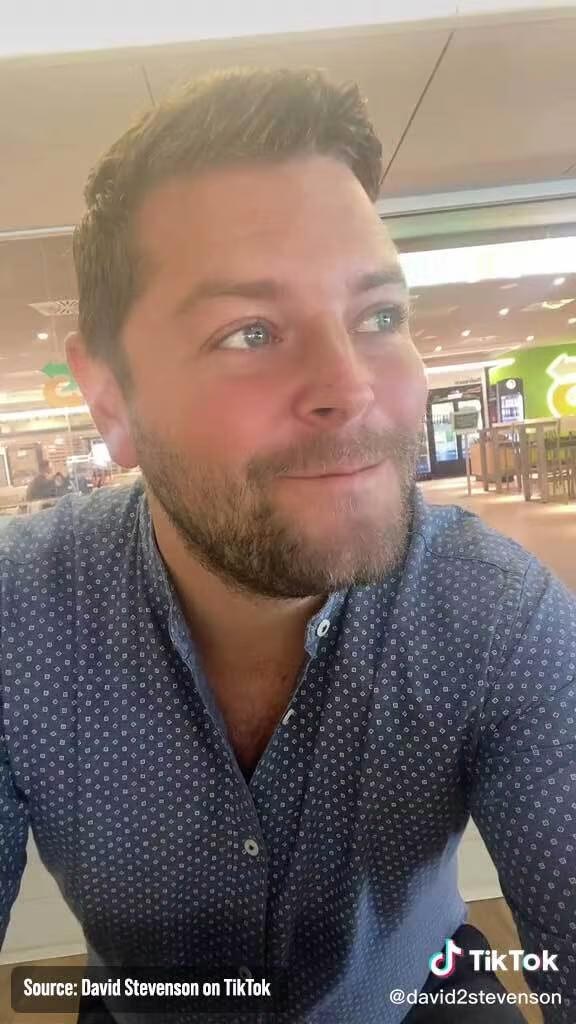 Although, David had gone through same unfortunate circumstances twice, he still had high spirits for he would, one day, find his true match. Actually, many women have asked him out already after watching his TikToks.

“What’s interesting is a girl, about two hours, replied to one of my TikTok stories. She works in a bar in Exeter and has invited me down tomorrow to throw a party with loads of single women. It’s random – but why not?”

“I’m going home first thing Monday morning. I still have a chance for some romance this weekend. I’ve kept it as an open book. It’s not necessarily that romance will happen, but I’m all for meeting people and making new connections with people while I’m here. He said.

What do you think of David’s story? Let us know your thoughts below.