Celebrities wearing diamonds and gorgeous outfits is something we all have seen. But some of the celebrities take a step ahead and collaborate with some designers and A-listers and together they come up with uniquely stunning dresses that catch everyone’s attention at the event. By using unorthodox ideas and movie references, the celebrities never cease to amaze their fans.

In order to recall some of the most iconic dresses in history, we have collected this information for you down below. 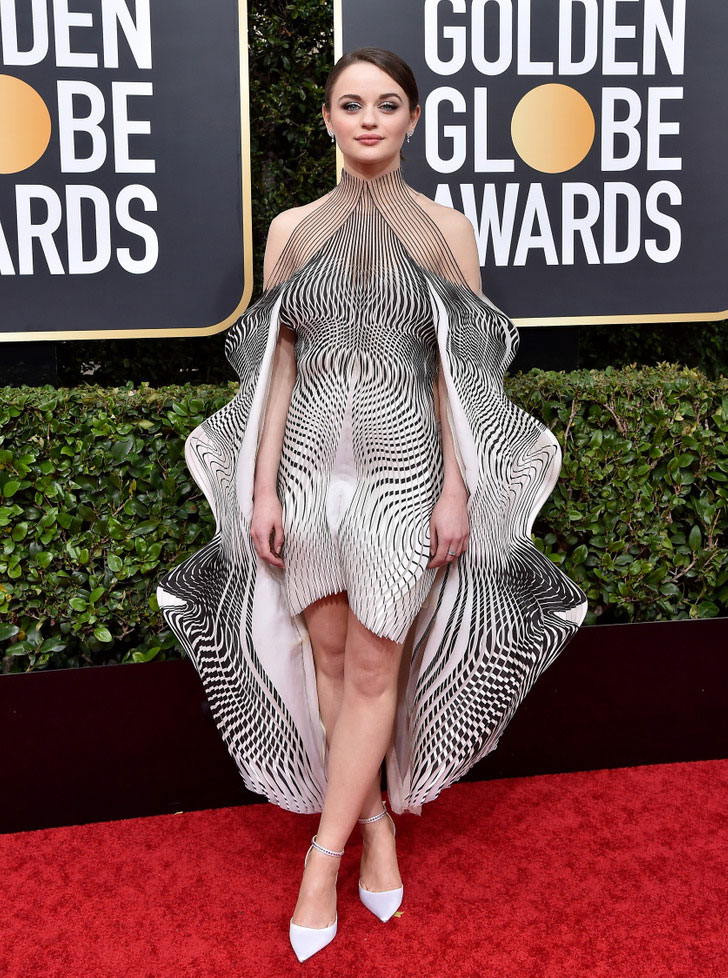 A dress by Iris van Herpen’s Hypnosis collection by Joey King at 77th Annual Golden Globe Awards displayed optical illusion. As the name of the collection the dress was truly hypnotic however you may see it. The graceful and unique dress made the actress stand out at the event. 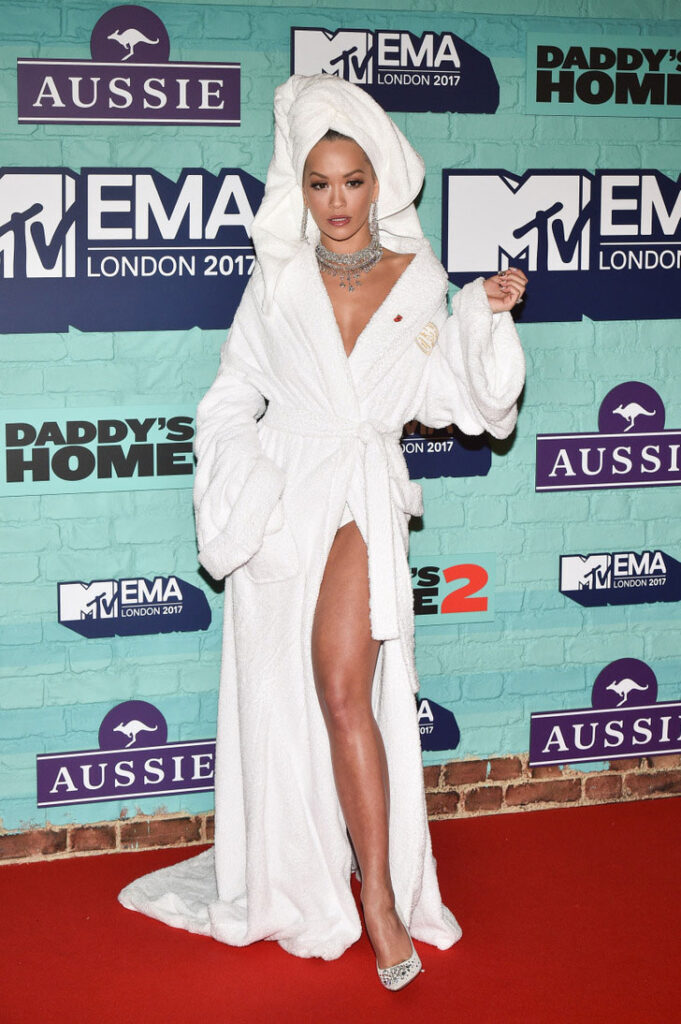 It is not easy to pull off well anything that you wear but Rita Ora practically proved that she could do so by wearing bathrobe and towel to an event. She complimented her outfit with white heels and diamond jewelry worth $7.8 million and became the highlight of the show. 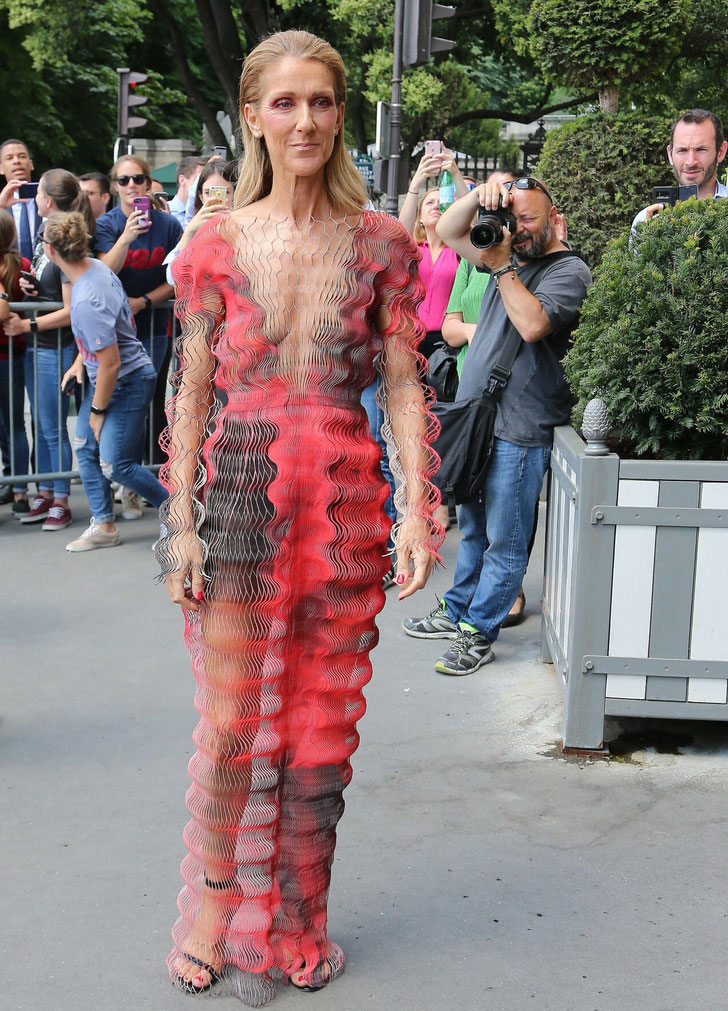 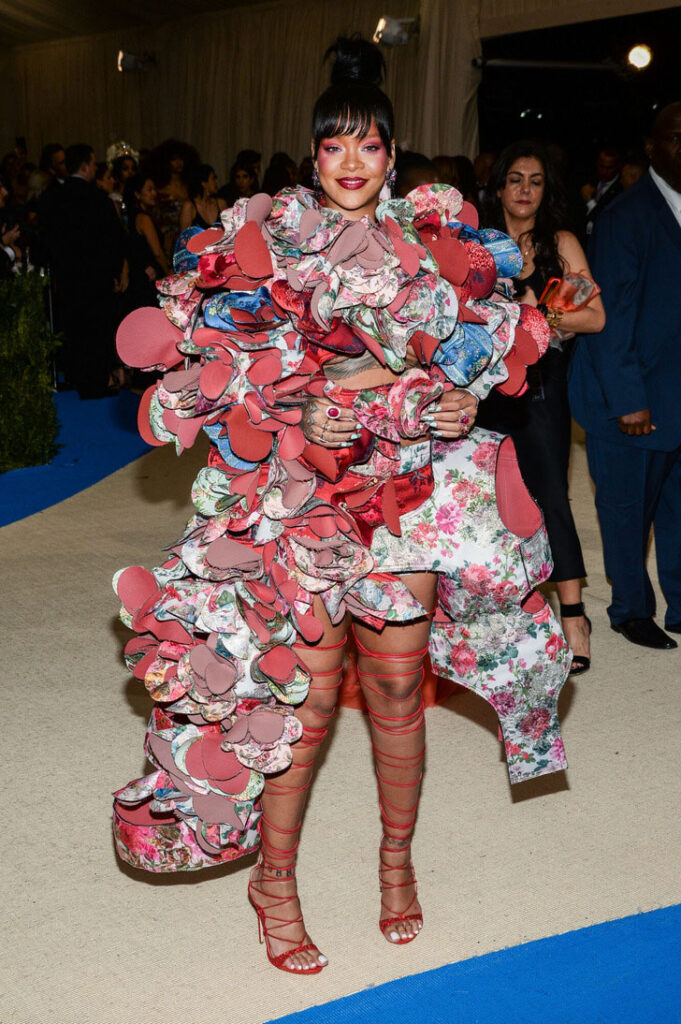 The singer Rihanna wore a dress that was unique enough to stand out in 2017 Met Gala. She was successful in grabbing the attention of fashion critics and the press due to the asymmetrical dress made with jacquard floral fabric turned into textured petals. She wore red shimmery thigh-high lace-up sandals with the dress that was an unusual but stunning combination. 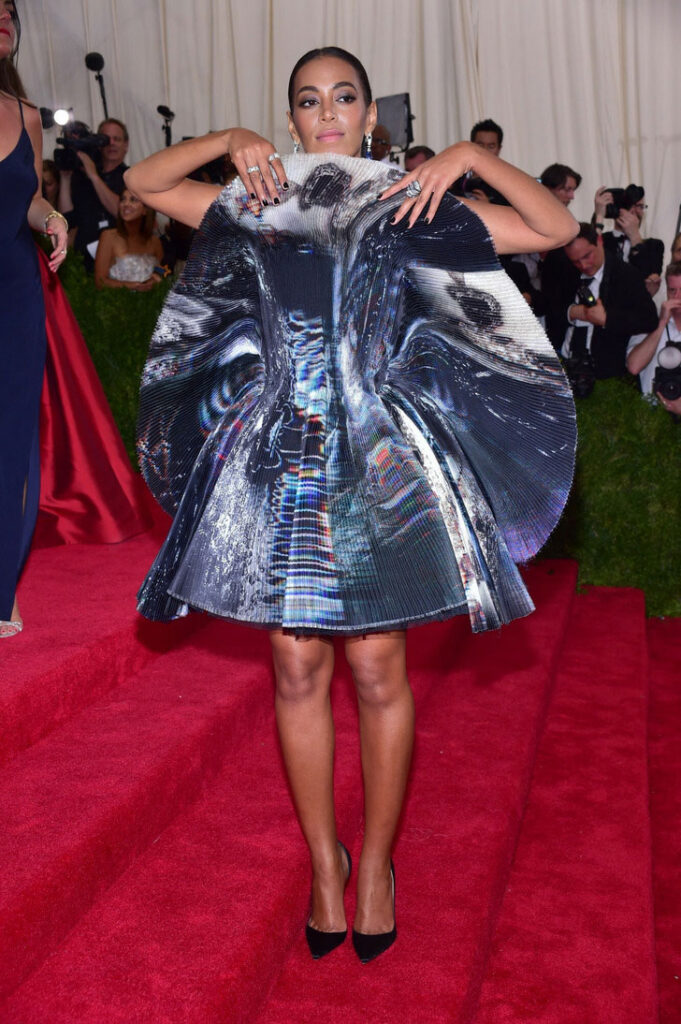 An illusory gown perfectly complementing the hourglass figure of Solange Knowles was one of the most memorable dresses in the history of Met Gala. The dress was assembled in a way to give off an imaginary wing-like appearance.

Z Lala has been known for not only her singing talent as a multilingual singer but also her extraordinary sense of style. The outfit she wore to the red carpet of the American Music Awards undoubtedly was up to the mark for her fashion identity. This octopus dress reminded everyone of Ursula from Disney. 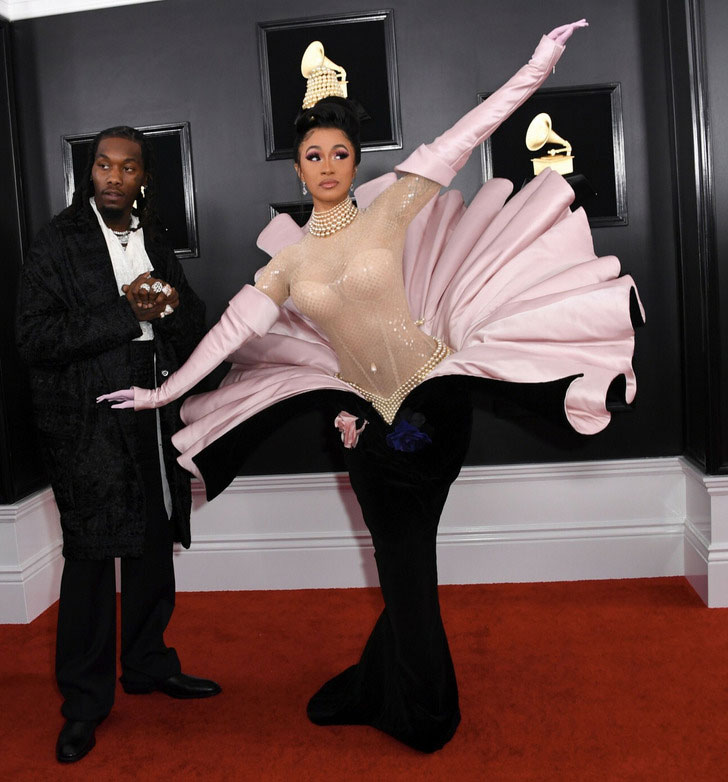 Cardi B wore a perfectly fitted oyster-like gown by Mugler couture in 2019 Grammy Awards. The singer paired the dress with some outstanding pearl jewelry to complement her look. 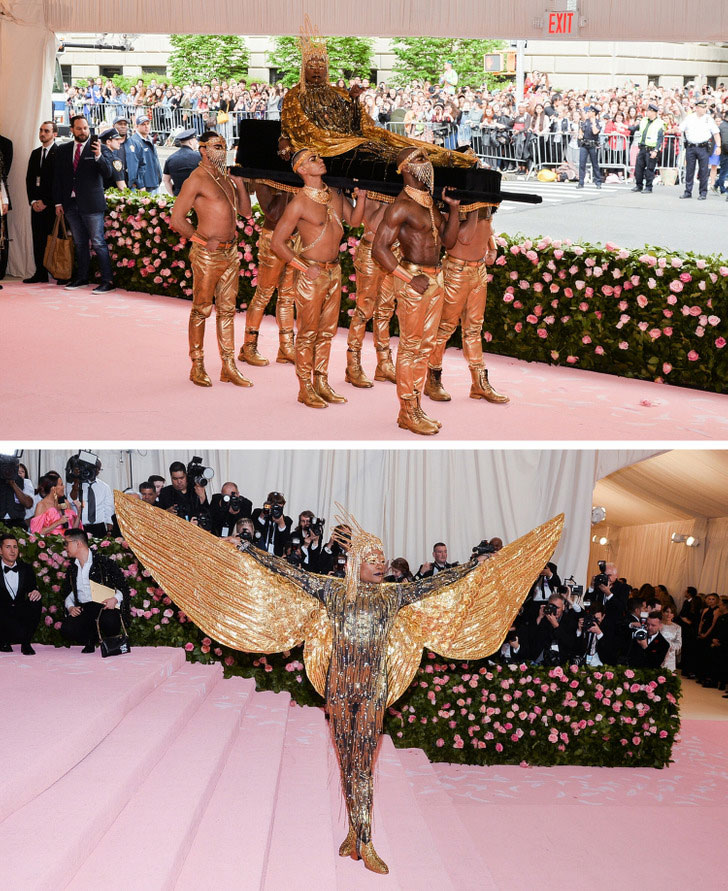 Billy porter’s entry at the Met Gala 2019 was considered ‘’the most fabulous entrance in Met Gala history’’ according to Vogue. the dress was made up of golden details and a headpiece made with 24-karat gold. The dress covered porter’s whole body and was made even more outstanding due to the 10-foot wings attached to it. The entrance was very unique as Porter was carried to the red carpet by 6 men. 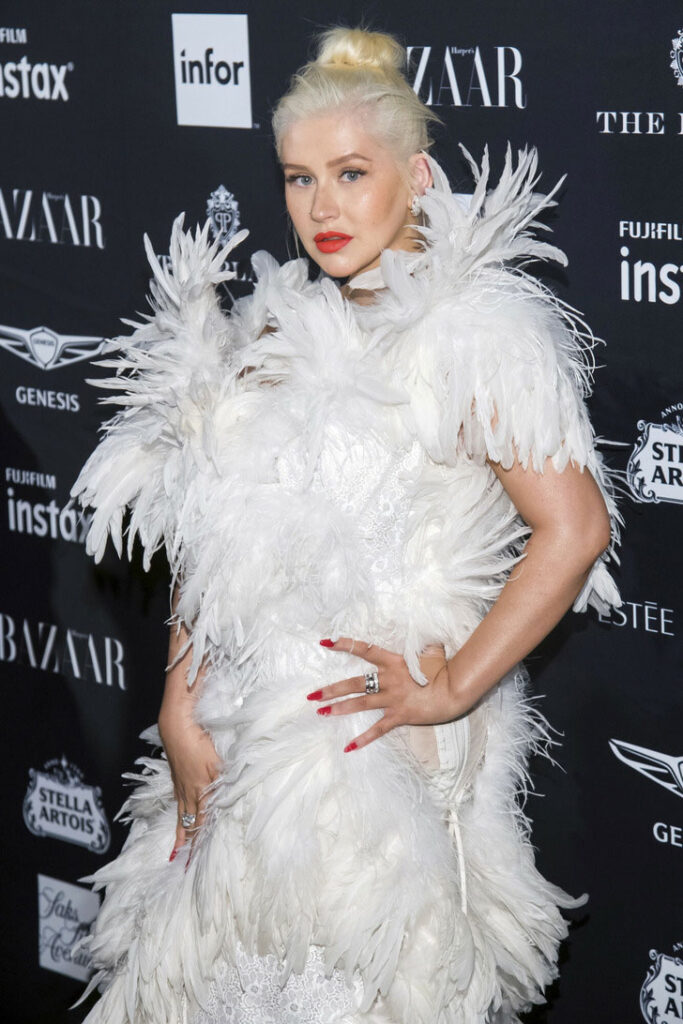 Chistina Aguilera’s Bazaar Icon red carpet outfit became the talk of the town because of its quirky appearance. She paired white feathery dress with some diamond jewelry and details such as red nail paint and lips. The singer has been known to have worn similarly styled dresses in the past when she wore feather-detailed dress in pink color. 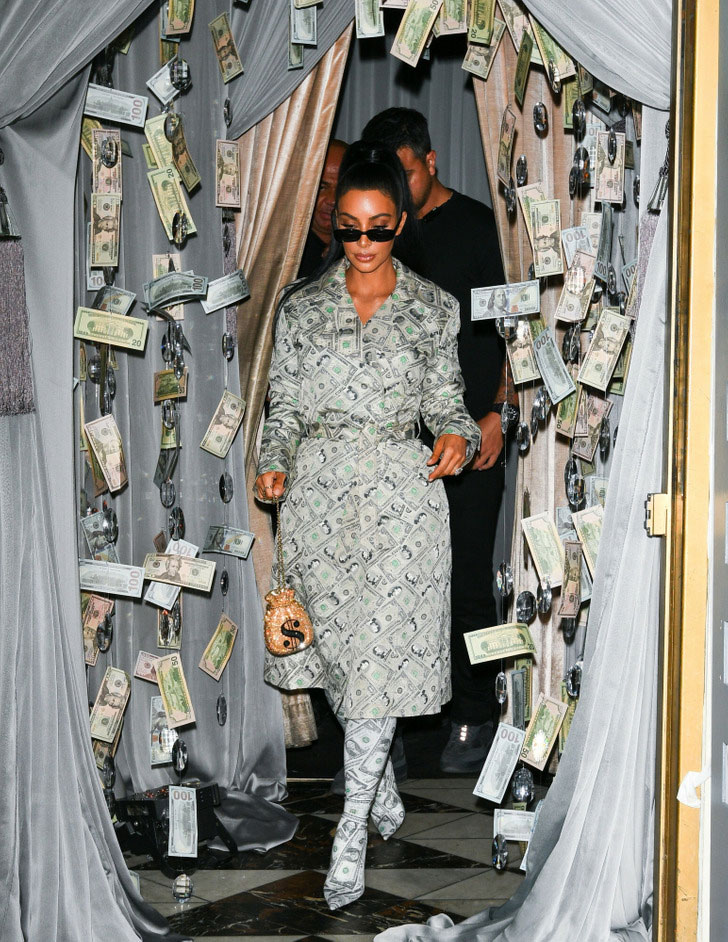 Kim Kardashian wore a striking outfit to the success party of sale for the brand Anastasia Beverly Hills. The money coat was from Jermy Scott’s and was complemented with pointed-toe thigh-high boots and with same print on it. She also accessorized her look with sunglasses and a shiny golden bag with a dollar sign on it. 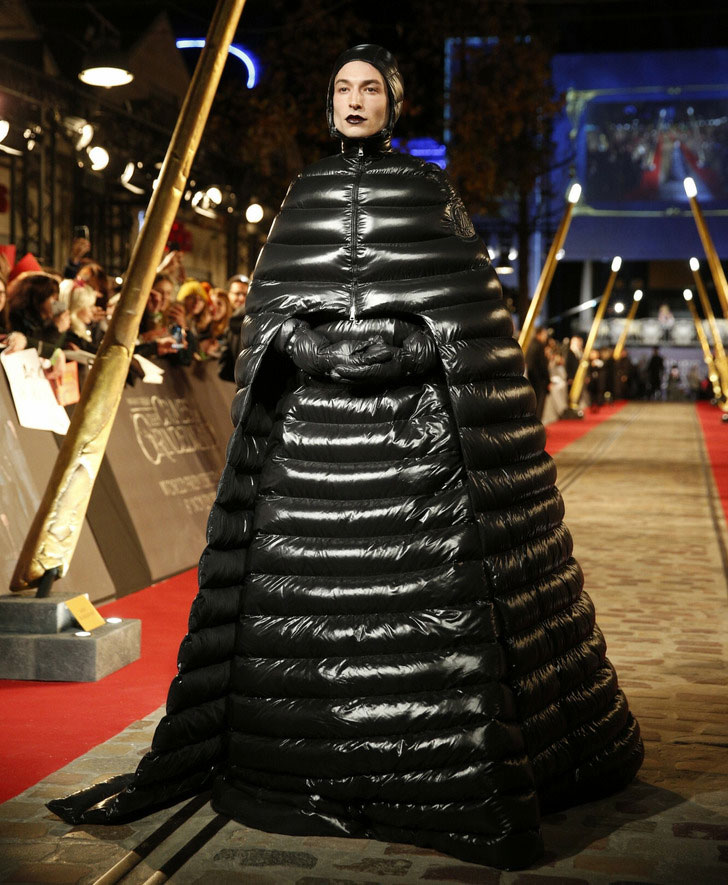 Ezra miller wore an exceptional outfit to the world premiere of Fantastic Beasts: The Crimes of Grindelwald. She was the highlight of the event due to the puffed coat dress she wore. 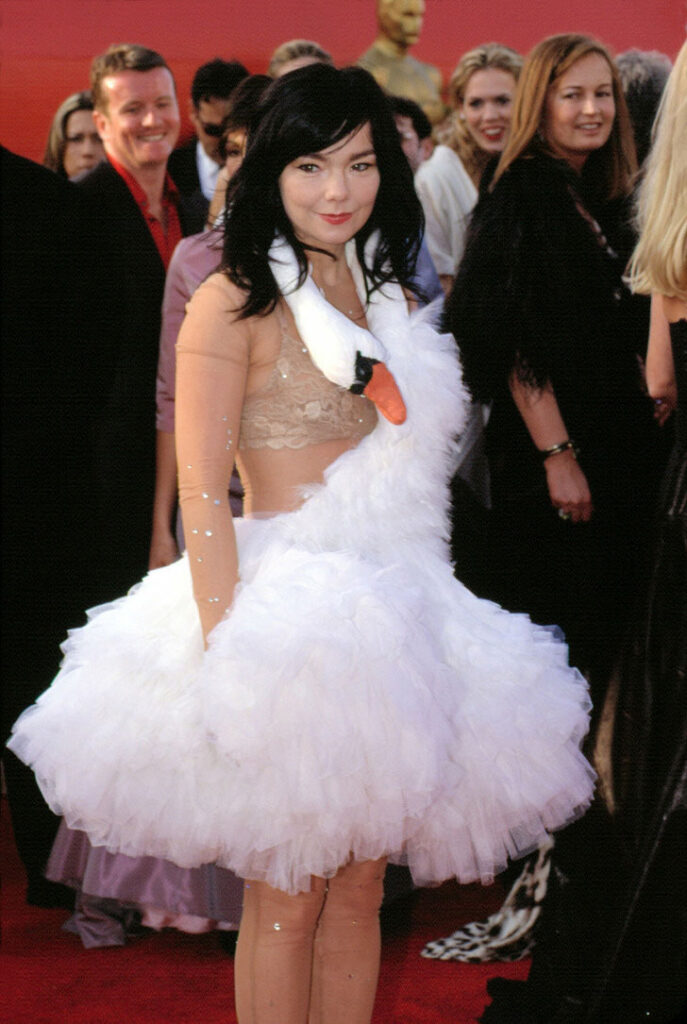 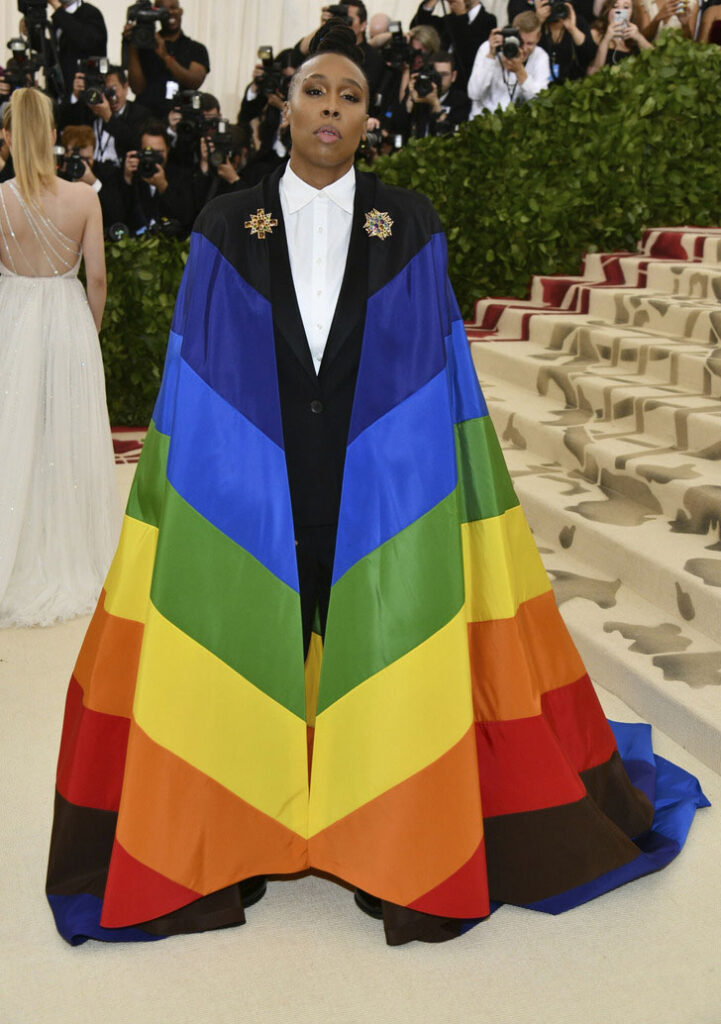 Lena Waithe wore a significant symbolic outfit to the Met Gala in 2018. The outfit was a blazer on top of which a long pride cape was worn. The cape flow on the flood added some more effect to the standing out of the outfit. This outfit proved to be one of the most memorable outfits in the Met Gala history due to its fashion and the message it portrayed. 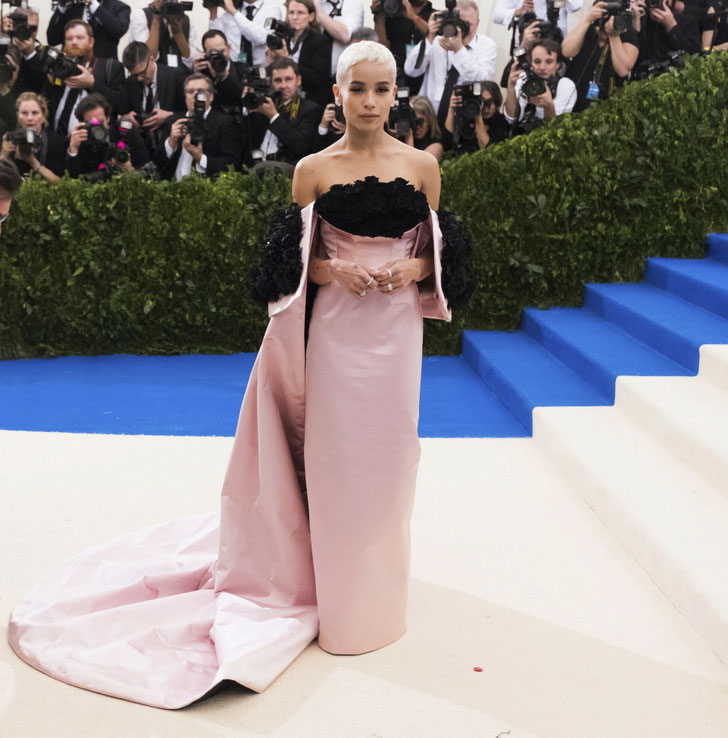 Zoë Kravitz’s looked nothing less than an epitome of grace and elegance in her Met Gala outfit. It was a light pink tailed gown with ruffles in the skirt. The sleeves and bodice had had real flowers that added extra elegance to the dress. The hair color and hairstyle the actress chose for the look added nothing but perfection to the look.

Zendaya went to attend the Ballon d’Or in France and her outfit was one of the most stunning outfits of the event. She wore a nicely fitted black gown that was open from the back had golden spine detail at the back. She paired it with golden hoop earrings. 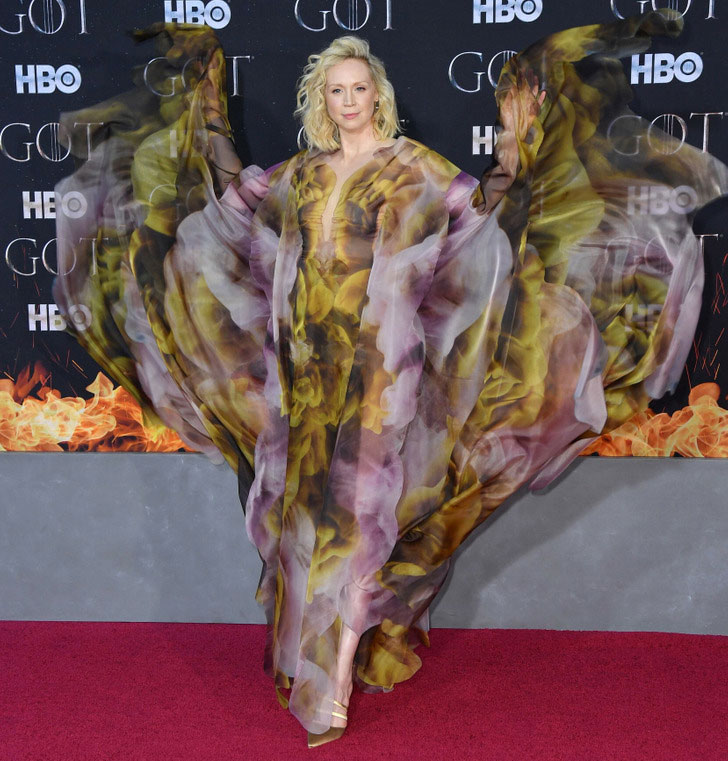 Gwendoline Christie radiated high fashion vibe at the premier event of Game of Thrones in an Iris Van Herpen gown. The dress was a combination of art and fashion that was one of the highlights of the event.