According to sources, Pirates of the Caribbean starter Depp has met his legal team in Prague on a concert.

A video recently been viral on social media where actor come singer can be seen chanting and chilling with his boys Camille Vasquez, Jessica Meyers, and Samuel Moniz, who are also part of his legal team.

In the video, fans spotted Vasquez chilling and laughing with Depp while her boyfriend, Edward Owen can be seen standing beside her. 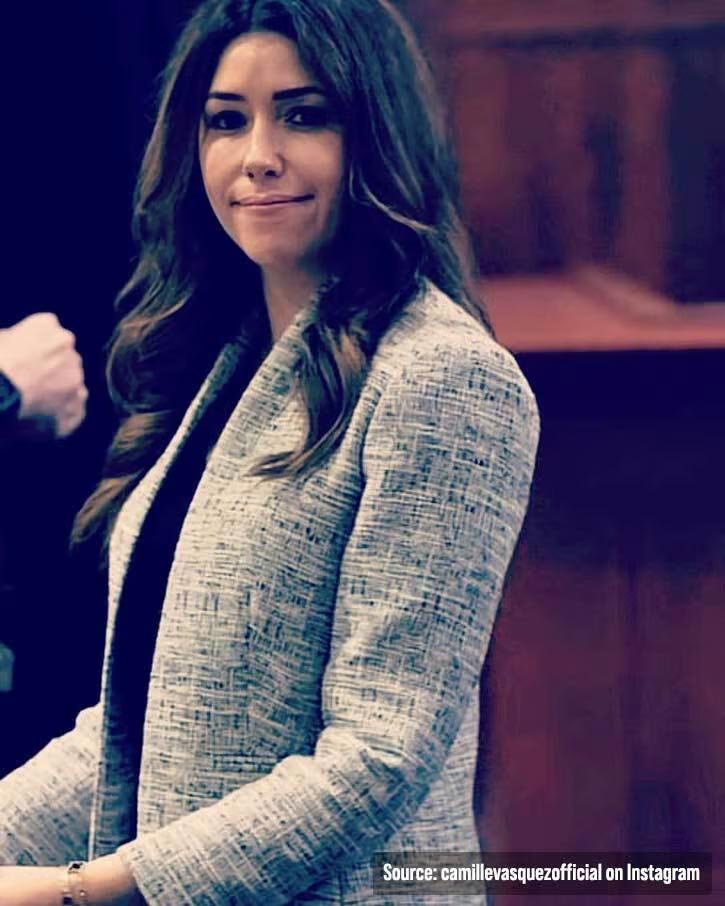 According to Daily Mail, Attorney introduced her English boyfriend with Depp in a happy mood while giggling and laughing.

“Footage posted on Instagram shows the actor waving at fans before Vasquez puts an arm around her boyfriend while they chat with Jessica Meyers and Samuel Moniz, also part of his legal team.”

Later in the video, Depp can be seen meeting the guy happily by hugging him and shaking hands with him. According to sources, video was made by a fan at the concert. Reporters also said that concert was fun and saw Edward Scissor hands performing with his guitarist friend.

The fans were excited because it was the first ever meeting between Depp and his attorney after they won the suite against Amber Heard. 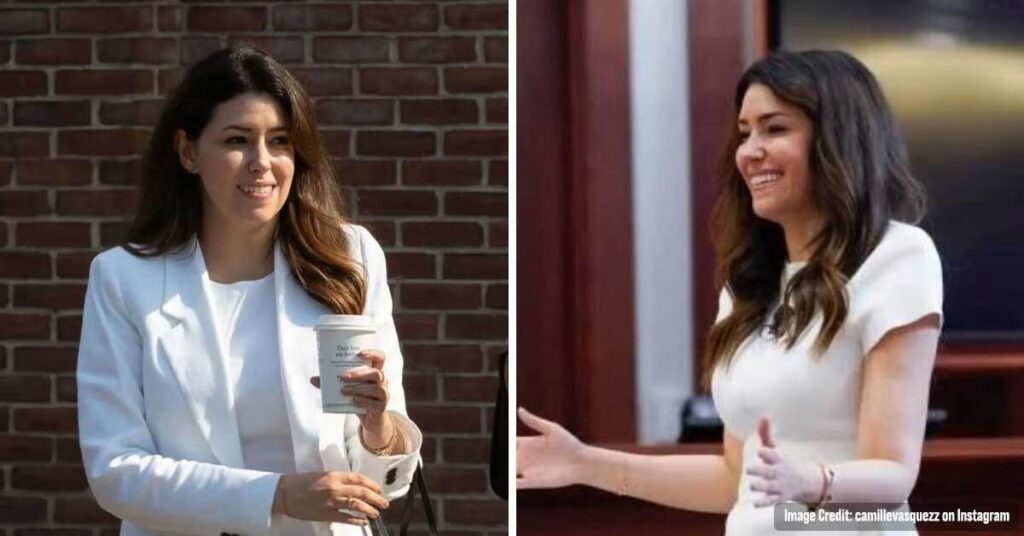 For your information, the lawsuit between Jhonny and his ex-wife started in April in virgin Court. Johnny had hired an internationally known lawsuit from named Brown Rudnick.

37-year-old Camille Vasquez had been quite loved by the public for her bold and tough questions. The girl was also prominent in her team. 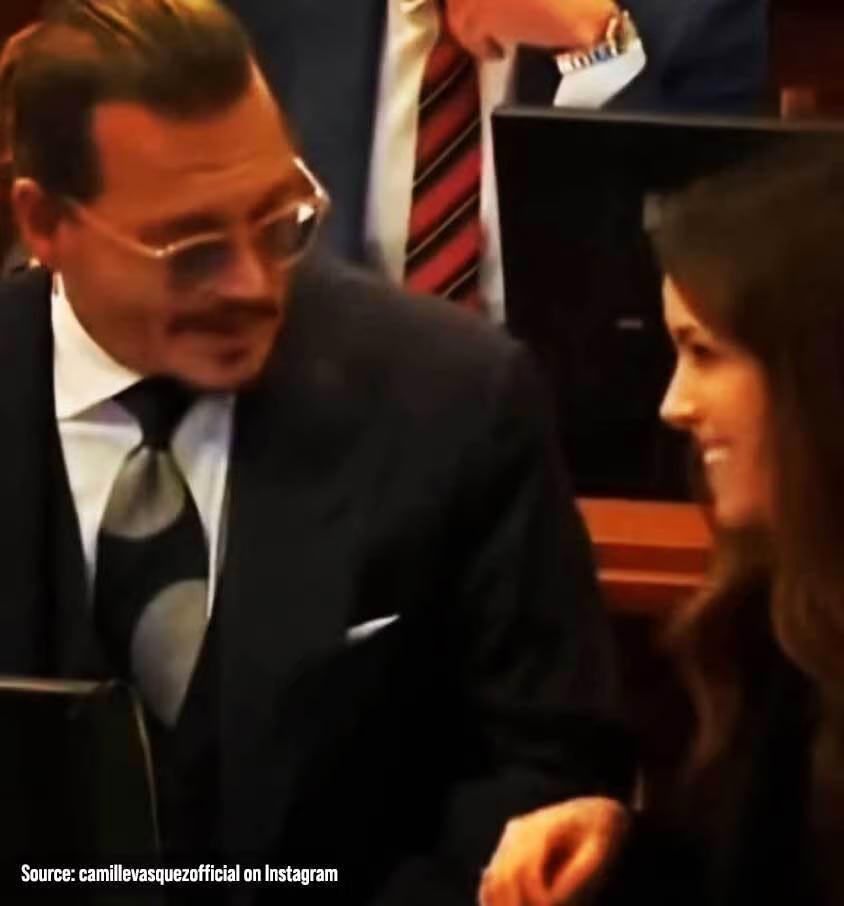 Trail was followed by fans around the globe and also telecaster on TV and other social media platforms.

People witnessed the lady lawyer bombarding heard with her bold and blunt questions and loved her for that.

She was even given title of the real queen by her fans in the courthouse.

Jury concluded that Amber Heard, Johnny’s ex-wife and actress has defamed Jhonny, according to Washington Post.

Heard got $2 at the end while Johnny received $15 million.

Depp’s victory was no doubt because of her attorney, Camille and that’s rhe reason she made many fans in courtroom. 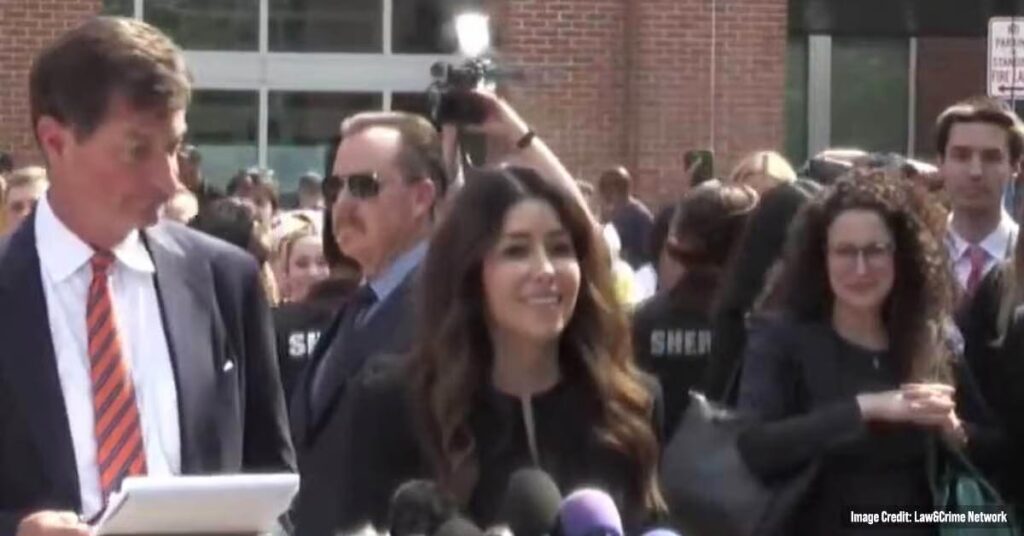 After winning, she even celebrated the verdict.

Vasquez was also awarded with promotion and shares in the company as she was promoted as a partner after she won the trial successfully.

It’s been one month since the case is closed and now people saw the team again together at a concert. With all other singers, Johnny also performed along with his band. It was part of his Europe tour for Hollywood Vampires.

According to News18, the viral video of Depp and his attorney was uploaded 2 days ago, “Johnny & his legal team reunited at one of his shows last night.”

The video wasn’t less than a treat for Depp’s fans whole Vasquez also appeared stunning in her stylish dress. She even hugged her partner.

Fans showed a mix gesture; some liked attorney with her boyfriend while others want Depp and Camille to be together and come in relationship as they both look cute together.

“The bond that occurs between a trial team is deep and everlasting.” A user wrote.

“Camille is doing absolutely nothing in this video and I’m still in love with her lmao.”  Said another.

“I was hoping Camille and Johnny would end up together. Oh well hopeless romantic in me…” Someone else said.

“I love this.. especially the big between her boyfriend and Johnny.” Another commented.

What are your thoughts, let us know in comments below.