Sometimes it happens that we love someone unconditionally and blindly. We love them so much that we can’t imagine our life without them and when they cheat we are so broke that it’s nearly impossible for us to understand anything. But if a man cheats on you he should be immediately out of your life. There is no point in blaming yourself or hoping that he will change. Don’t let him to take advantage of you. 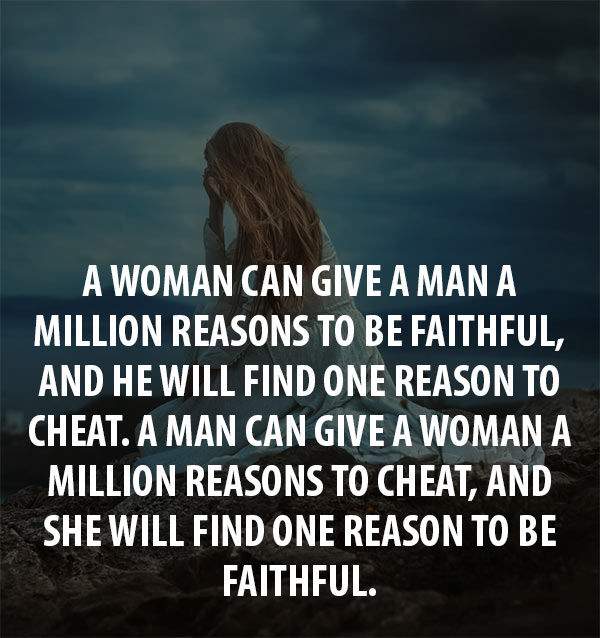 1. You go deep and wants to inquire more.

There is no pint in inquiring or doing more investigation once and sure and clear. Don’t give yourself a false hope that maybe you hear wrong or maybe all the proves you have are wrong. Digging deep will only hurt you more nothing else. As it is said sometimes it’s better that we are unaware of some things.  Don’t try to confront that girl for whom he cheated on you, don’t go and ask other people about your partner’s affair. Instead of inquiring, realize that it’s time for you to cut him out of your life and it’s time for you to move on. Stand up. gather yourself and leave him forever. Don’t expect him to change because once who has cheated will never change. 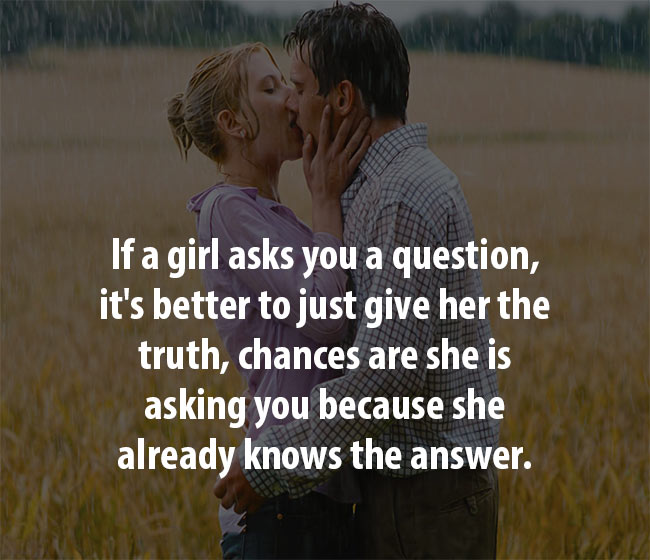 2. Blaming the woman he has affair with

Yes, it’s right that the woman who tries to steal the man of other woman has fallen to her lowest level. But there is no point in blaming her because she is not the one you trusted. The man was the one you trusted and believed in his every promise. He is the one you should blame. Because he took a step towards another woman without thinking about you and connection you both had. He is the one who became cold hearted and cheated on you. Don’t ever think that he cheated on you because the other woman was better then you, no, he cheated on you because he was unfaithful and narrow minded. If he can’t keep his promises and can’t take of a woman he once loved, then he doesn’t even deserve to be called a man. Honesty and each positive inclination on earth makes no difference to him since he played with you and that isn’t a nature of an honest man. 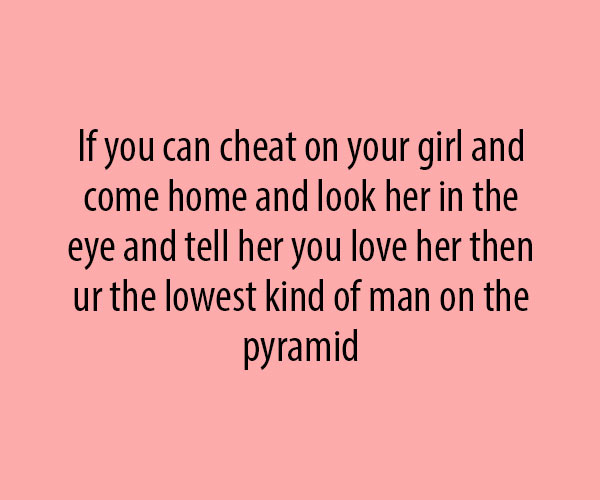 3. You change yourself to stay with him

Your mind will keep on forcing you that it was your weaknesses that let him go away from whereas in reality there is no such thing. When there are problems in a relationship it is the responsibility of both partners to sort it out and make it up to each other, instead of going somewhere else to solve your problems. Running away from problems is simple immaturity. And he was the one who ran away, he is the immature and coward. So, don’t try to change yourself for such useless man and relationship. You’re perfect the way you are, and it’s time to move on and live a new life instead of begging him to stay. He is the cheater and will always be the cheater. Don’t expect for anything good from him. 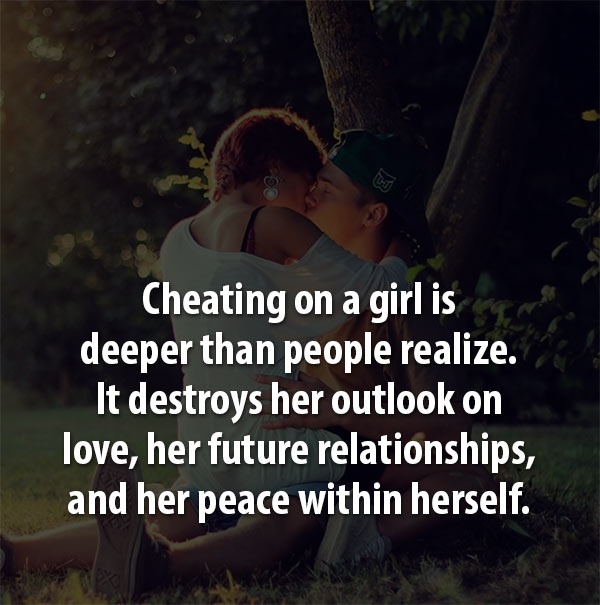 Try not to commit the three most regular mistakes if a person ever undermines you because these mistakes just make it harder for you to get over the mistake he made. Disclose to yourself you deserve superior and better to anything him and never think back.