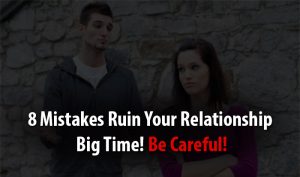 Marriage is an eternal relationship deems to continue on mutual acceptance of each other. It’s not a mere written contract but marrying of two souls who have hailed from different backgrounds and are ready to live together forever. Sweetness in your relationship can be felt when both partners will show compassion, empathy, prudence, and wisdom towards each other. Intentionally … END_OF_DOCUMENT_TOKEN_TO_BE_REPLACED 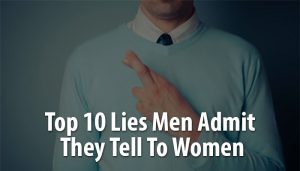 Ladies, don’t fall for their flattery, men often hide behind sweet talk or to well put “lies” to play their cheating game. Here are top 10 lies men admit to and they successfully use to keep on the safe place. 1. I’ll give you a call tomorrow They use this lie every now and then to avoid women. If he has sent you a message saying this, then my sincerest advice for you is to … END_OF_DOCUMENT_TOKEN_TO_BE_REPLACED

In your own speed of life everything seems perfectly fine but perhaps you’ve failed to see despondency seeps in your relationship. There is a significant other who has felt immensely the change of your behavior and now she is not willing to take it further. She has brought up issues many times that are bothering her but your least concern with those has dragged your … END_OF_DOCUMENT_TOKEN_TO_BE_REPLACED 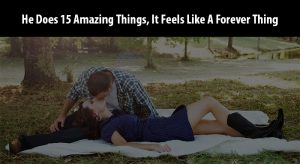 The moment you think about to plan your future with your partner, it raises a lot of questions in mind and everything seems a bit unclear. He has been a loving and caring mate so far but whether he will turn out a good husband or not is hard to say. Finding a good man, the one who will protect you from harm and will stay loyal throughout is every girl’s dream. From this day, … END_OF_DOCUMENT_TOKEN_TO_BE_REPLACED 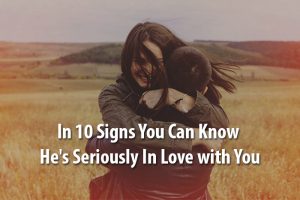 Is it love or sham? What makes you so sure your man loves you? He’s serious about you or maybe not. You are not going to understand your man’s feelings of love because men don’t express clearly what they are really up to and their next move in a relationship. Despite many walls men build around their emotions, there are still ways to know what resides in your man’s heart … END_OF_DOCUMENT_TOKEN_TO_BE_REPLACED 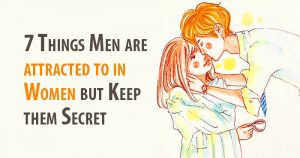 Law of attraction is not same for men and women. The criteria of attraction for women would not be same for men. Men don’t share their secret desires or things they are attracted to in women however, we managed to reveal their secret desires, here we go: 1. Curvy figure like an hourglass A hip to waist ratio where thick hips are significant is an hourglass figure. Women … END_OF_DOCUMENT_TOKEN_TO_BE_REPLACED 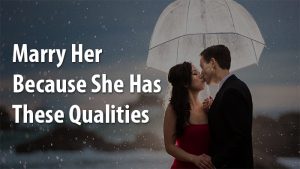 Your day starts with her first text a “good day” with a smile emoji and your day ends with her. She makes you feel the most blessed person on earth, she understands you, and she is the only one who will stand with you in tough time. So why not asking her to marry you when you think she is the one? You might not want to take the first step or you are too afraid that she wouldn’t … END_OF_DOCUMENT_TOKEN_TO_BE_REPLACED 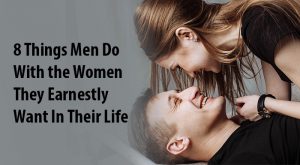 Men are not easy to show their thoughts and feelings in their mind to people but they do obvious things when they are serious about women. Here are 8 things men do with the women they earnestly want in their life. 1.He is attentive to you all the time You are his biggest muse in life and he shows it when he listens to you and takes your recommendation. Men often are all … END_OF_DOCUMENT_TOKEN_TO_BE_REPLACED 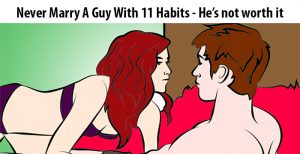 You would not want to waste precious time of your life with a man who doesn’t deserve you. It would be better to wait a little while for your Mr. Right than be spent it in a misery with an unfaithful person. Before you take any decision, take some time to think about the moments you’ve had with this person. Never marry a guy with these 11 habits even if you’ve had dated him for … END_OF_DOCUMENT_TOKEN_TO_BE_REPLACED 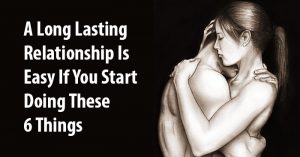 It’s a mutual bond that would be a lasting relationship only when you will start doing the following: 1. Shut down negative thoughts Everything is going to work out if you are positive about it. The more you think negative the more are the chances that the worse would happen. If you have already thought that everything goes haywire then it would not work out. This … END_OF_DOCUMENT_TOKEN_TO_BE_REPLACED 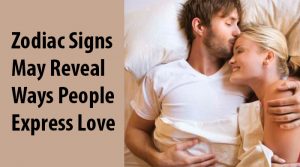 Zodiac signs may reveal ways people express love and they may not be the same for everyone. It may be profoundly felt and expressed for one but inconspicuous to measure for another. The spectrum of love also varies in each person. At one side, a person in love showers adoration and shows care by complimenting while the other, may just keep it to them but deeply admires their … END_OF_DOCUMENT_TOKEN_TO_BE_REPLACED