Respect and understanding is very important in a relationship. If you are not getting respect and trust, then there is no point to keep that relationship. It will only ruin you physically and mentally. It’s true that love is not that easy, but sometimes it’s compulsory to realize that your boyfriend is not the one for you.

Here are some alarming signs telling you that you are in a wrong relationship with a wrong person.

10. He constantly compares to other women 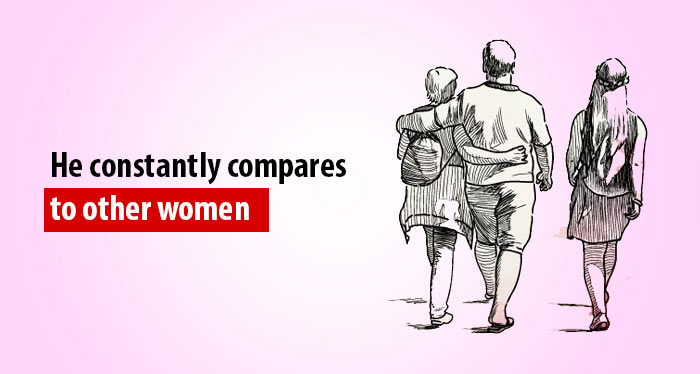 This is a clear sign that you are dating a wrong person when he constantly compares you to other women. This makes you uncomfortable and makes you insecure. But don’t listen to him you are who you are, and you don’t need to change.

9. You are not his priority

When someone loves you, they spend time with you and you are their priority. Your happiness is the most important thing to them. So, if you have to beg your boyfriend for his time or talking about future irritates him, then don’t be so stupid to stay with him anymore.

8. His words mean nothing 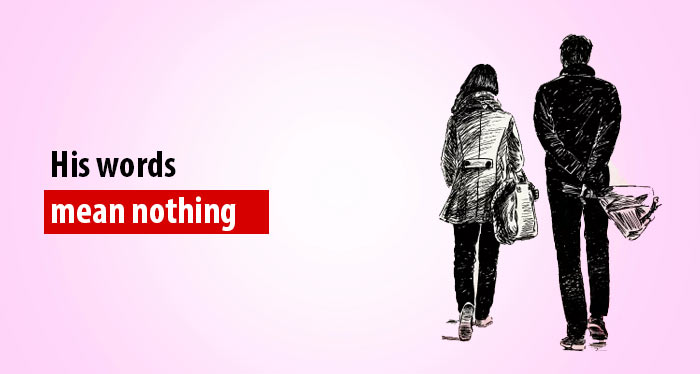 Fights and arguments are normal in a relationship. But these arguments mean to understand your partner and not repeat anything which can trigger a fight. If your partner argues with you and then apologize for it, but repeat the mistakes, then his apology is not sincere, and his words mean nothing. So, it’s time to free yourself.

7. He doesn’t respect your friends and family 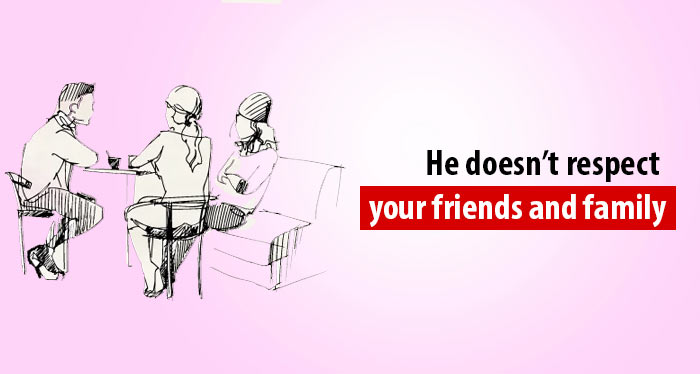 A man who loves you could never ignore or disrespect your friends or family. If your boyfriend doesn’t respect the people who are important for you then why are you here. If you both get married, then for sure you are going to lose your loved ones. And I guess you don’t want this to happen. 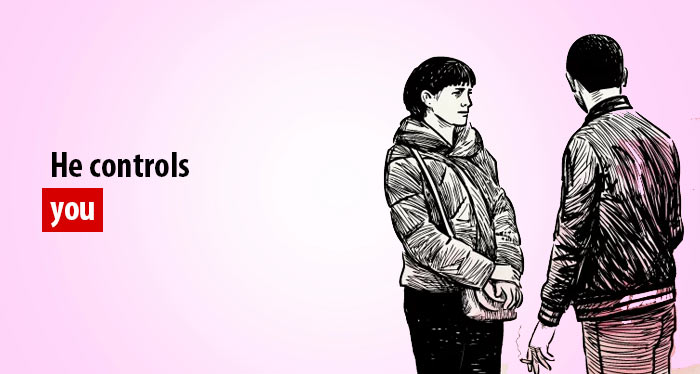 You are in a relationship not in a jail or boarding school where you have to follow anyone’s instructions. Nobody has right to tell you what are you supposed to do. It’s your life do whatever you want to do. So, if your boyfriend is over possessive, then don’t suffocate yourself.

5. He calls you hurtful names 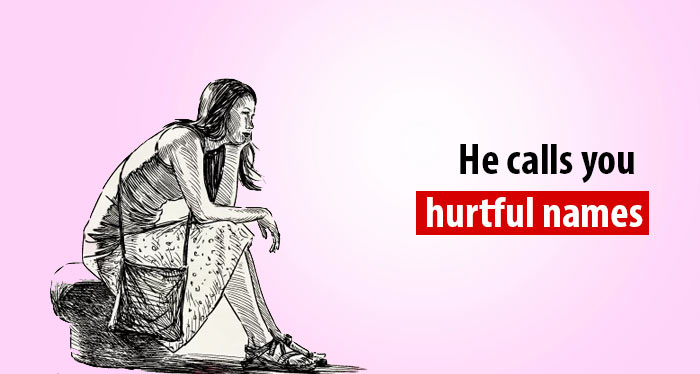 Nicknames are cute, they show how much partners love each other. But when he starts to call you with hurtful names, then it’s not cute anymore. It’s disrespectful and insulting. And he has no right to hurt your self-respect. So, take a stand for yourself. 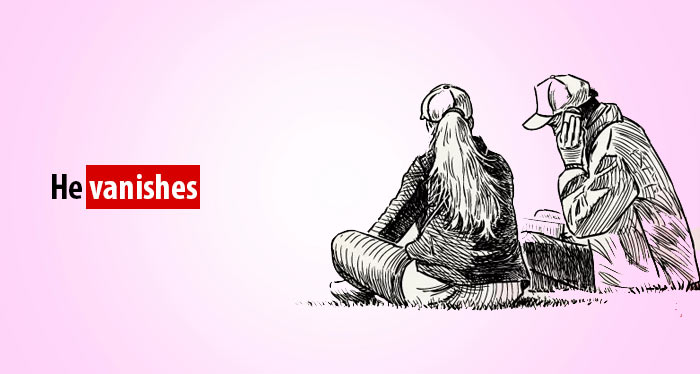 If he vanishes after a fight or an argument, leaving you behind. This has simply meant he doesn’t care about you and your feelings. This is unacceptable behavior and you don’t deserve this.

3. He doesn’t support you 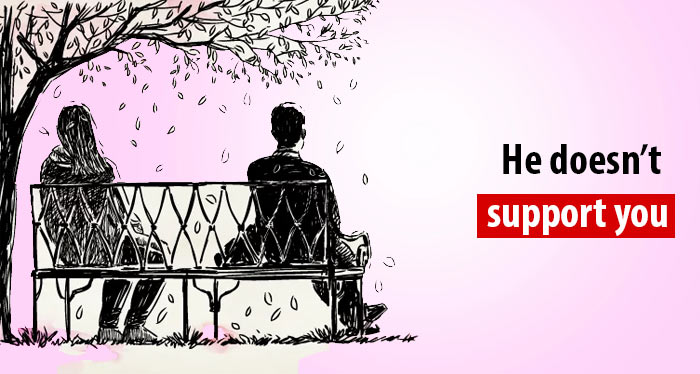 It’s obvious that your boyfriend is not the right guy for you when he doesn’t support you or believe in your dreams and goals. He makes fun of your passion and goals which states how narrow minded he is. 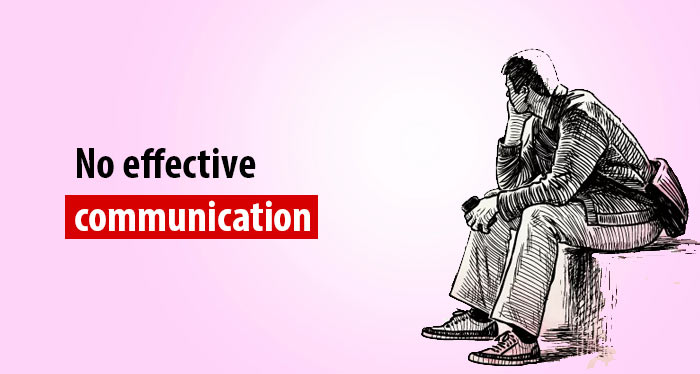 An effective communication makes a healthy relationship. If your boyfriend is least interested in what you are saying or what you want, then it is obvious he doesn’t care. A person who loves you, listen to you very carefully.

1. He’ll find a reason to fight 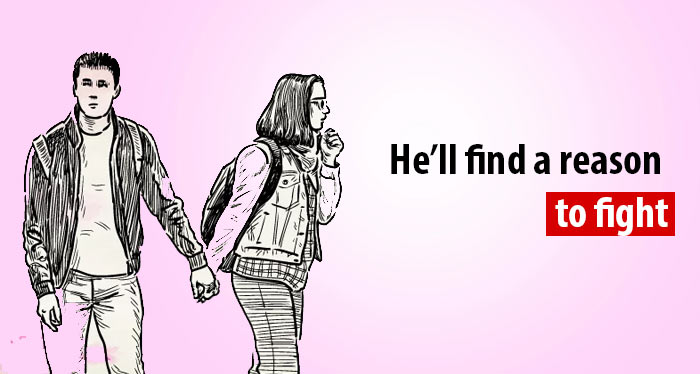 Small or big whatever it is, he just wants to fight. Which will ruin you completely as you can’t have a single peaceful breath. So, it’s time to kick him off.